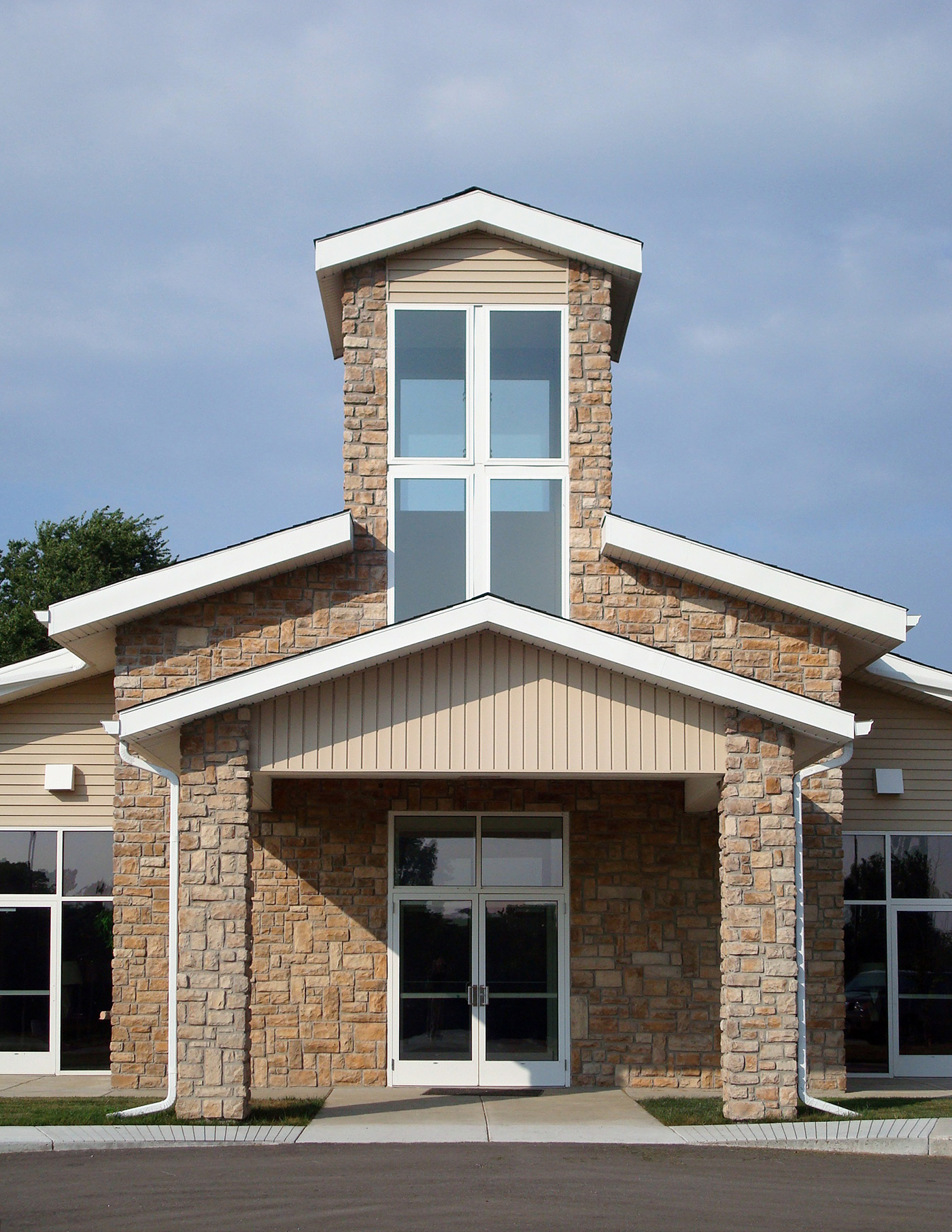 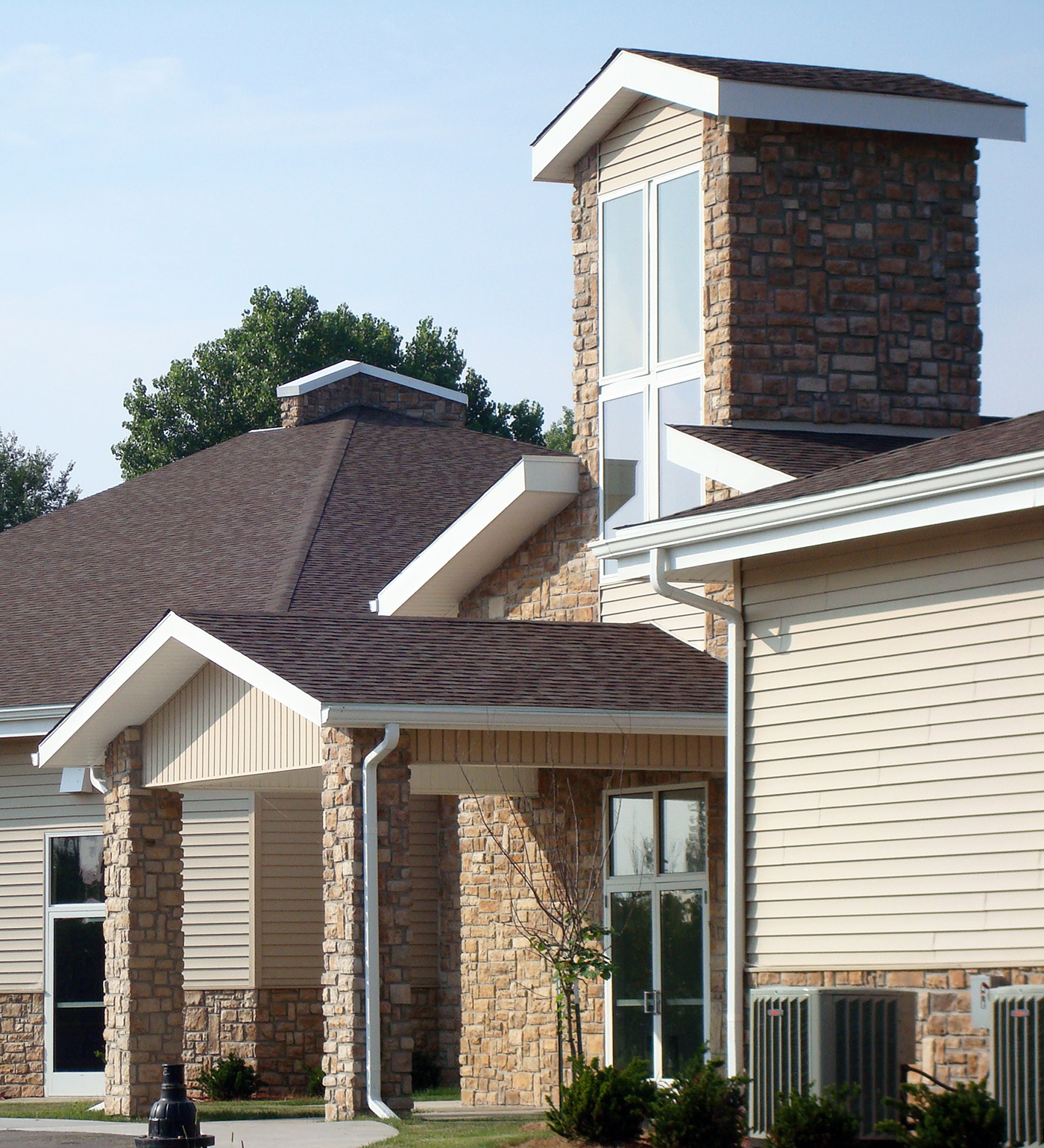 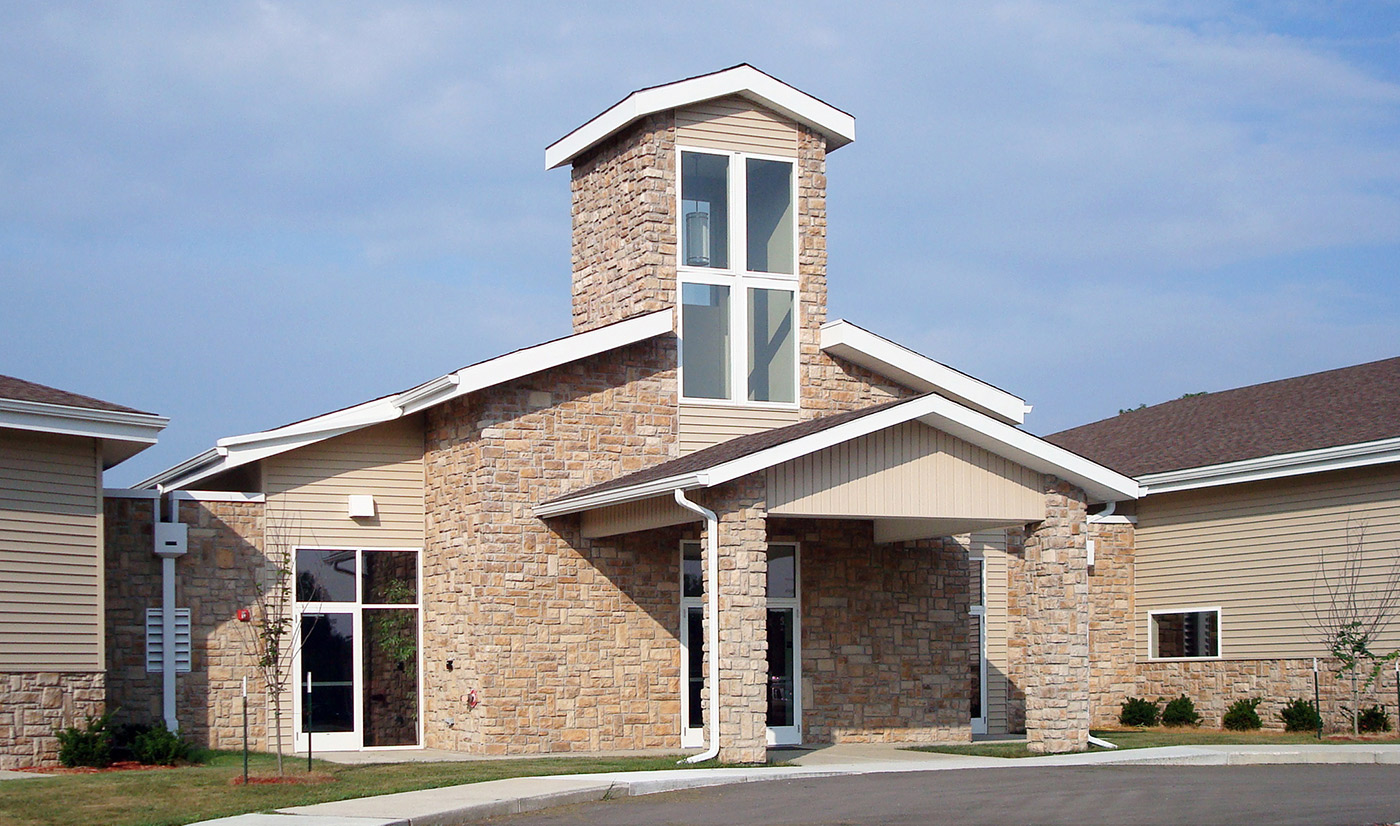 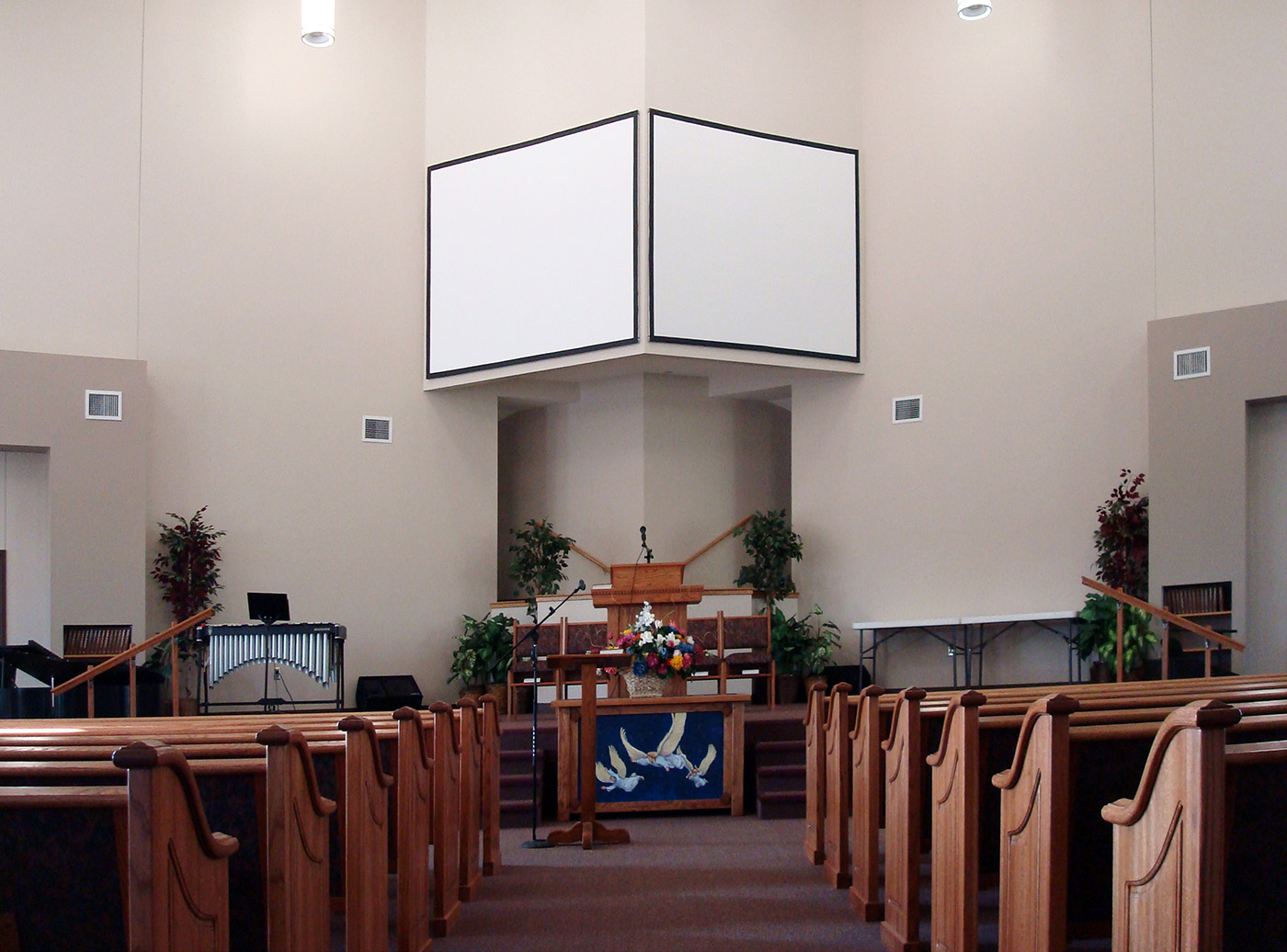 After two unsuccessful attempts at designing a satisfactory facility, the Kansas City Central Seventh Day Adventist Church turned to HTK. The congregation had been meeting in a building they owned for the previous 37 years. They decided to sell their property and buy land to design and build a new building to better fit their specific needs. The site selected was in a rural area bounded by a state highway and a future arterial street. The area had a significant slope from the road intersection down towards a wooded stream.

The new Kansas City Central 7th Day Adventist Church is located at the hilltop corner to provide visibility of vehicular traffic and prevent exposure to potential flooding. Furthermore, the entrances and windows are oriented towards the woods to connect the facility to the natural site features. The facility’s form is generated from the two main functions of the Kansas City Central 7th Day Adventist Church: education and worship. A “wing” for each is linked by a central entry and core administration area. The building clearly identifies and differentiates these three masses. Additionally, the entrance and main lobby are marked by a lighted tower and canopy. A fan-shaped sanctuary rises to an apex over the altar as the highest point of the composition, giving priority to the worship space. The education wing is characterized by a hipped roof and ribbon windows.