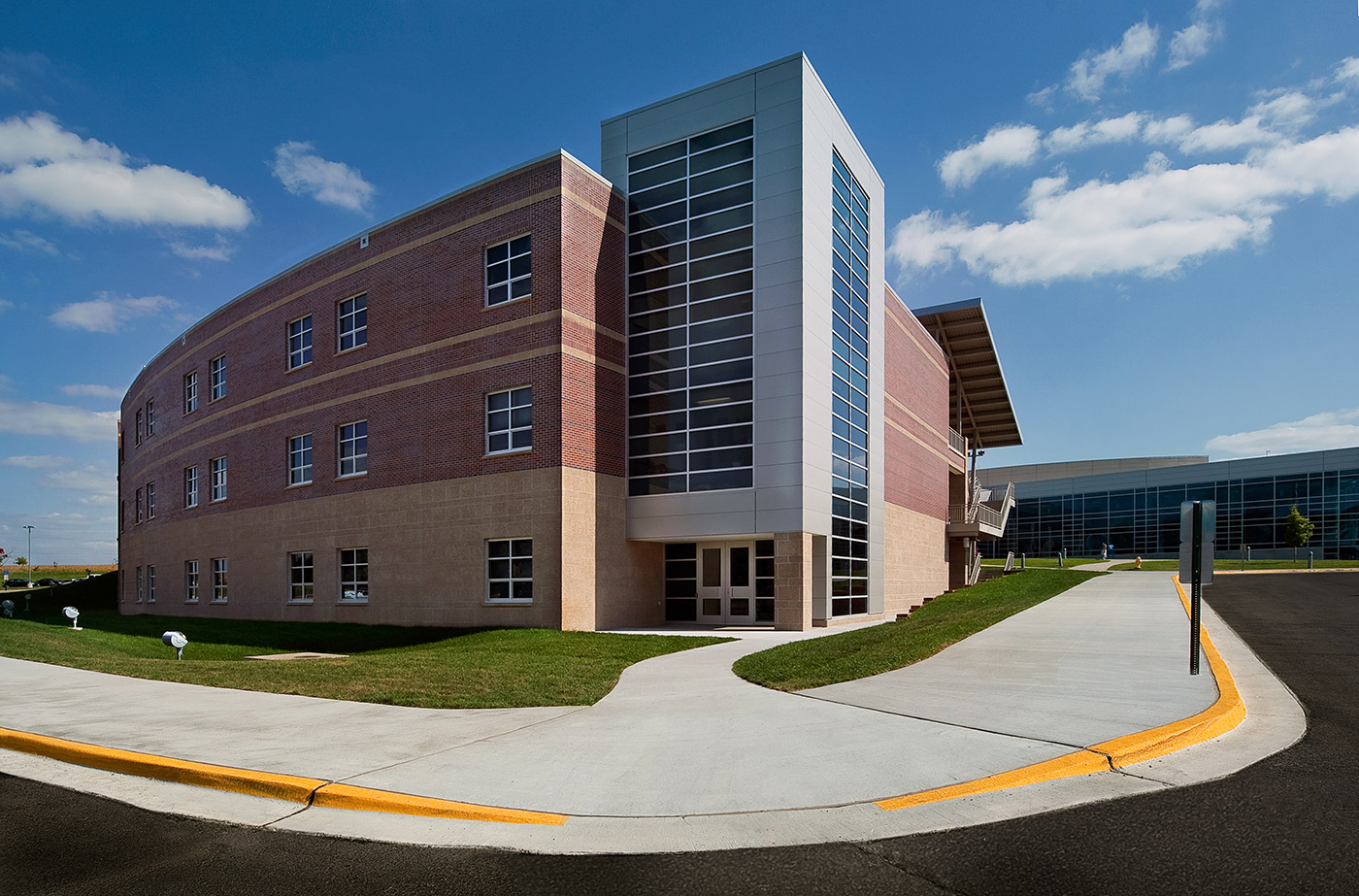 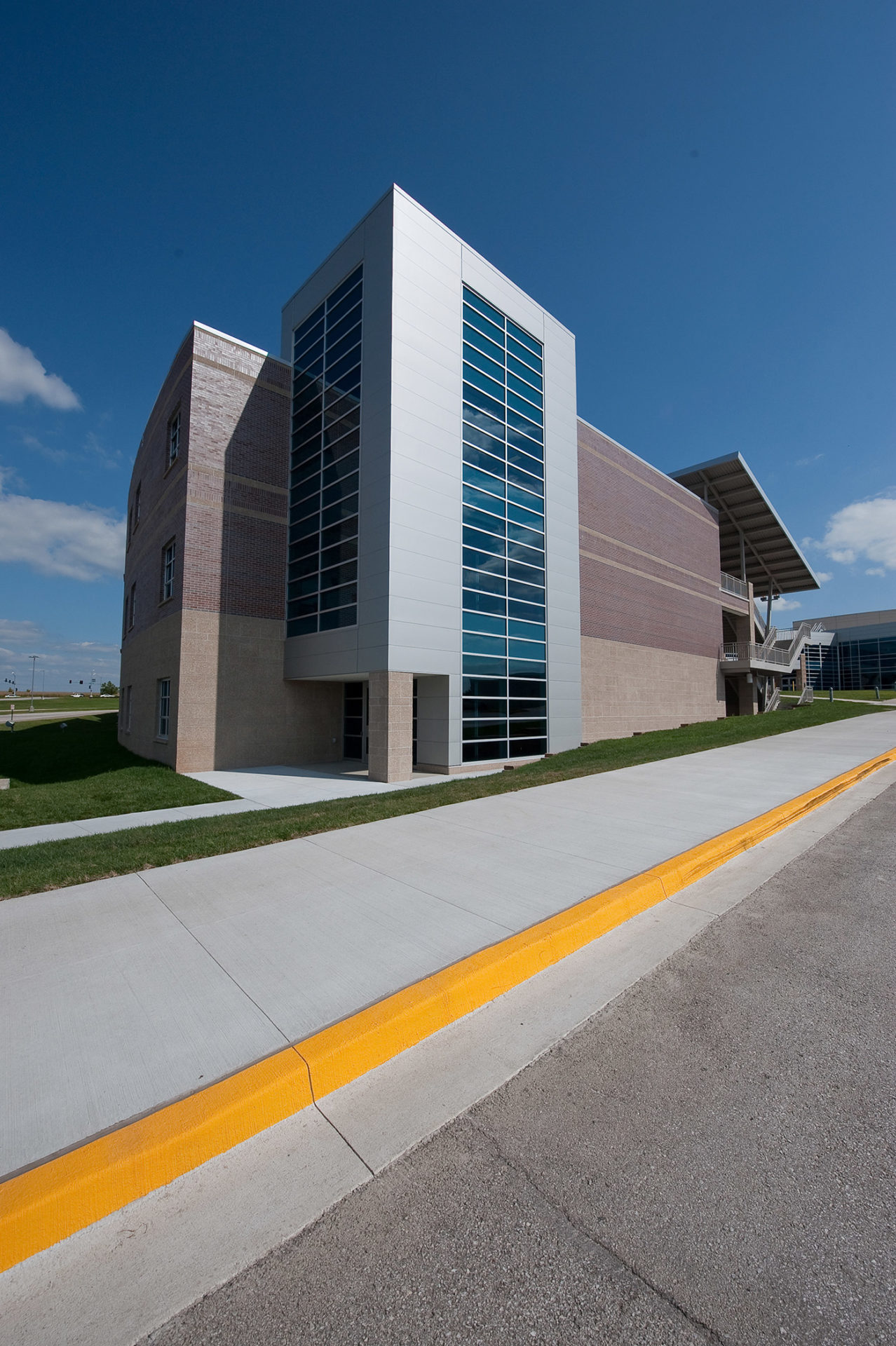 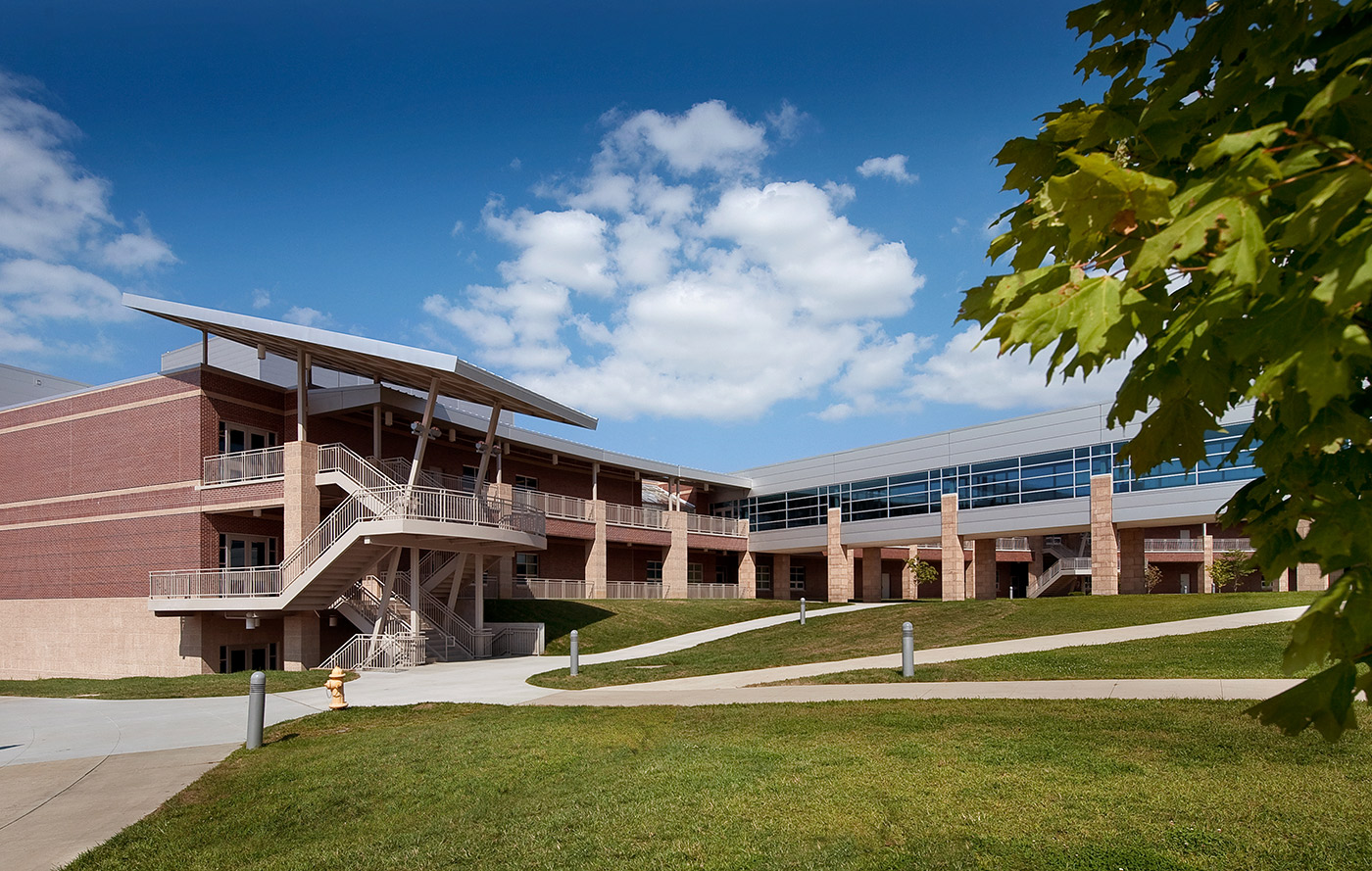 HTK was hired to complete a 3-story classroom addition to Lee’s Summit West High School. The school was originally designed to handle 1,600 students. With increased enrollment, however, the school was projected to reach 2,000 students. With this increase in enrollment, more classroom space was needed to comply with the Standard Facility Guidelines for the School District.

HTK designed a 3-story, 18 classroom building addition at the end of an existing classroom radius, which was previously designed to anticipate this building addition. This addition was designed using the existing building context and also provided additional support space. The design allows for an extension of the existing exterior walkway and also an exterior stairway similar in design to the existing stairways located in the courtyard. The design team worked in conjunction with JE Dunn Construction, who was the Construction Manager on behalf of the School District.