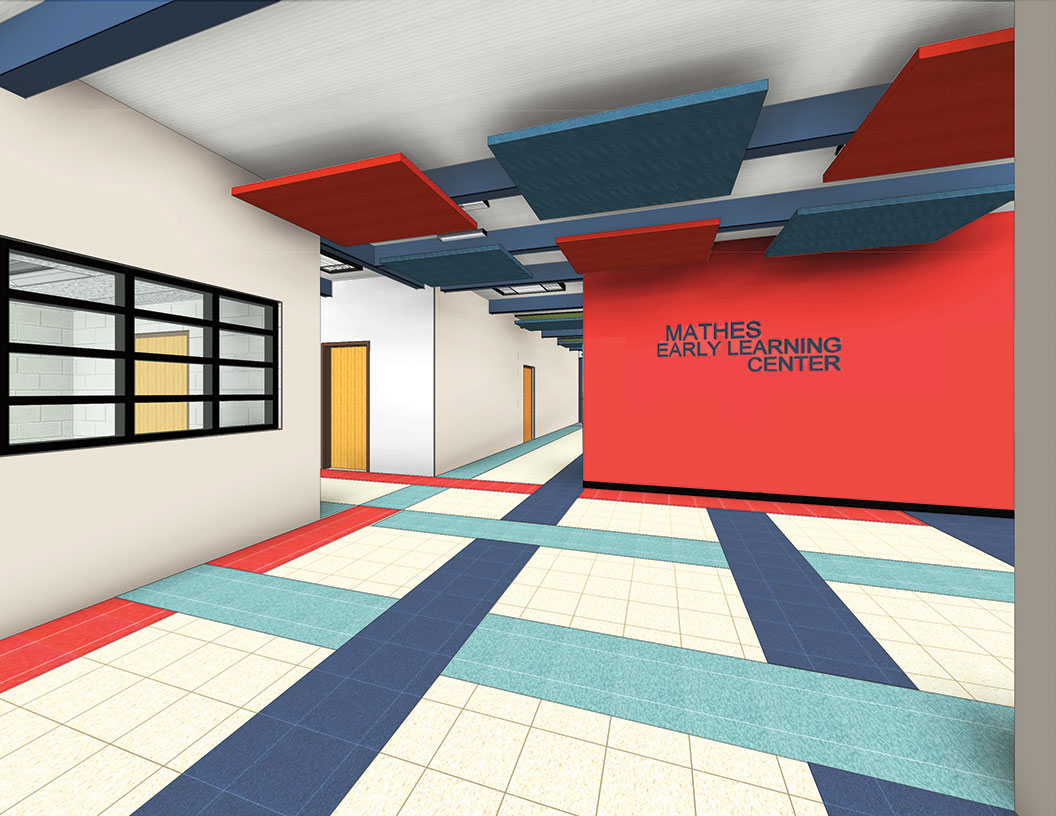 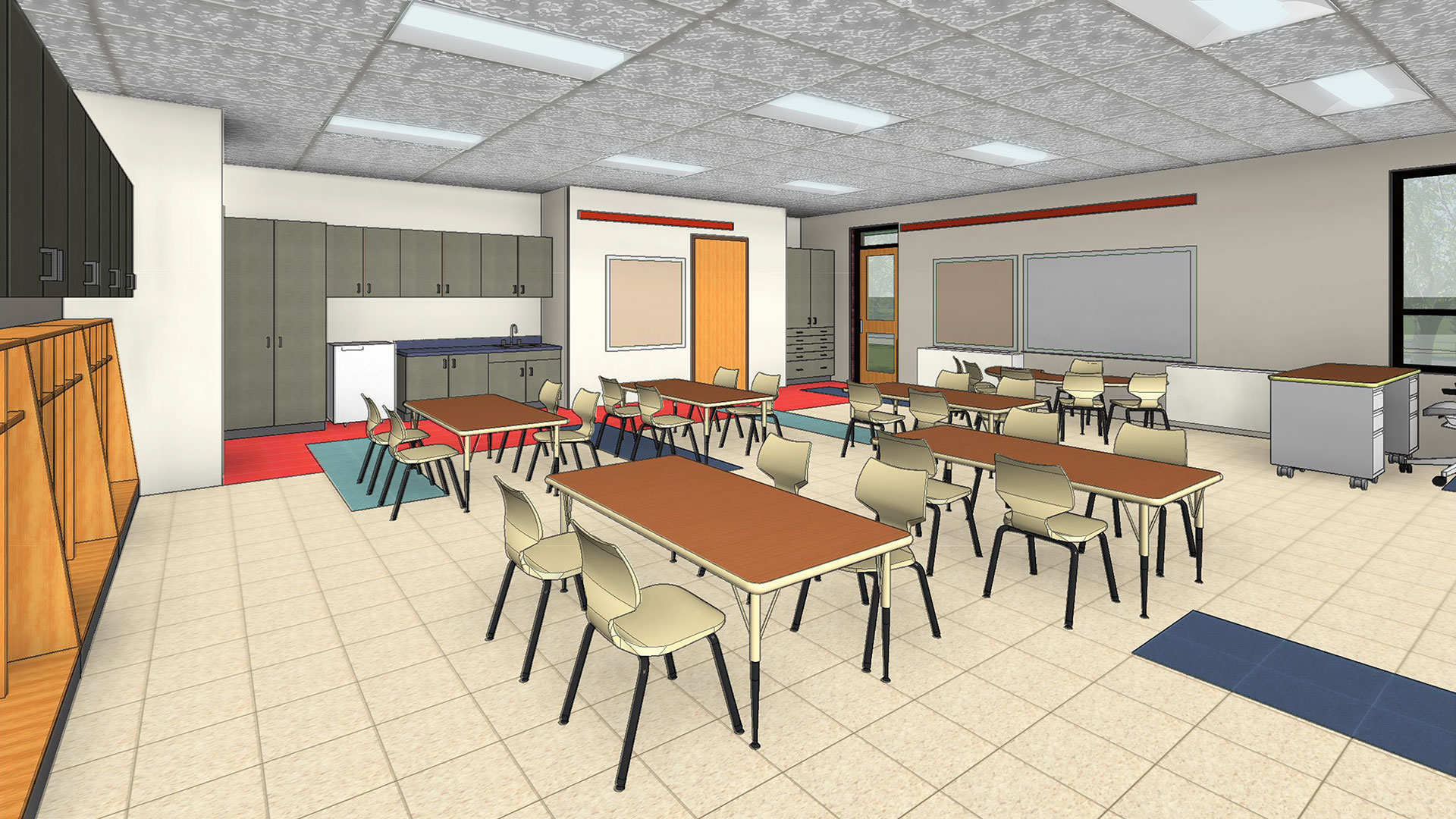 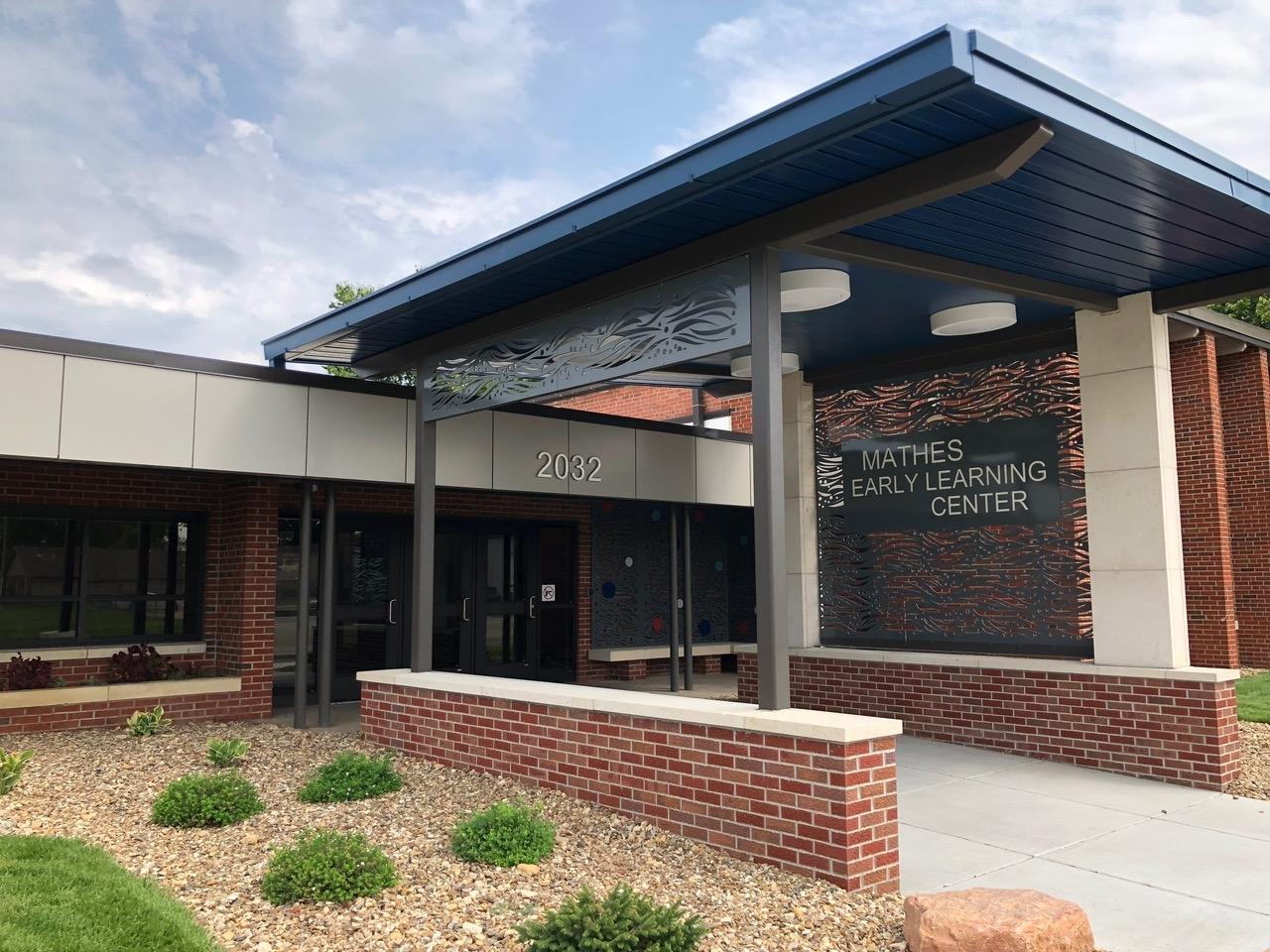 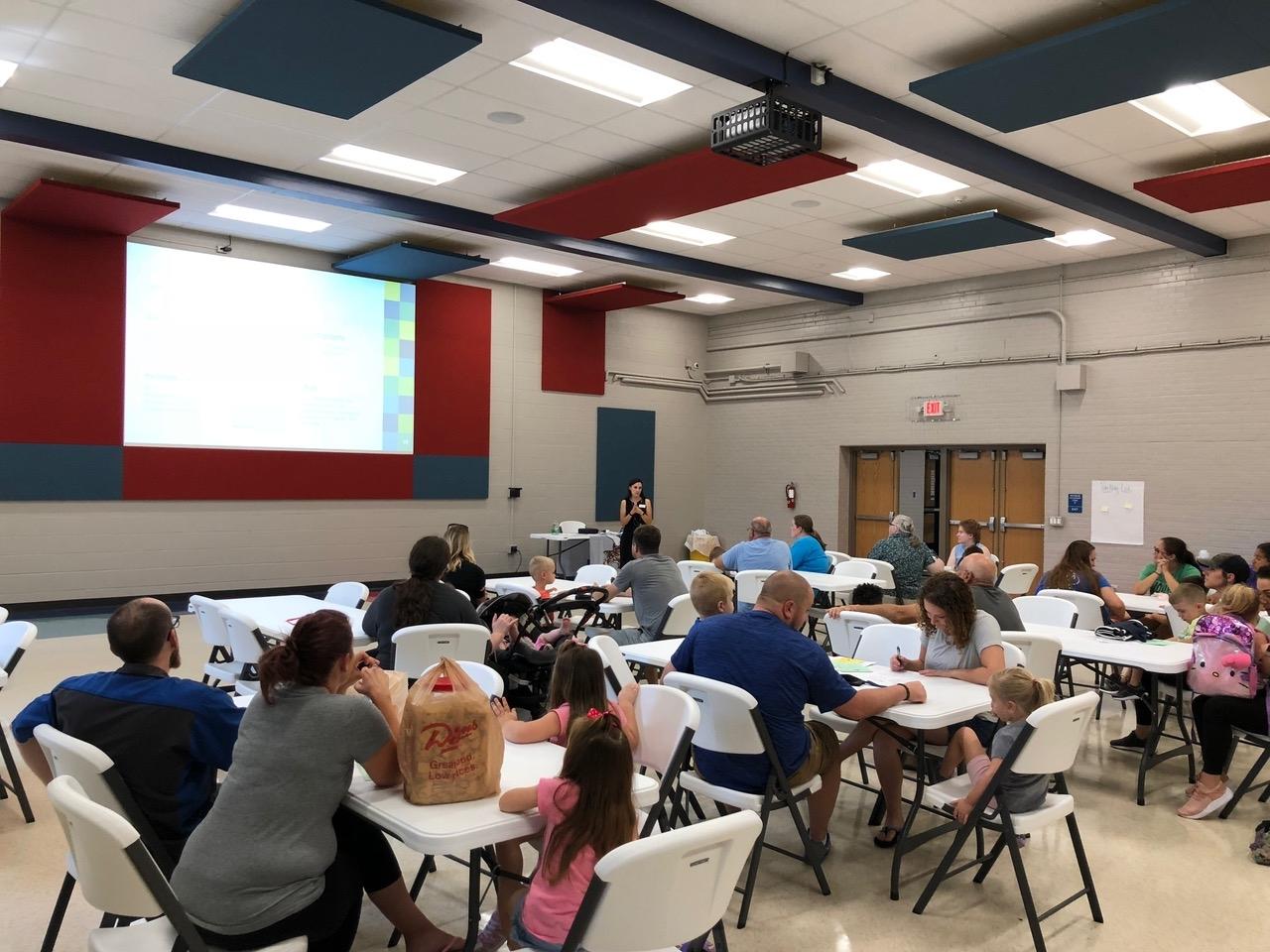 The existing school was original built as an Elementary school in the 1950’s, but was being used as an alternate High School for the district. The design of the building is based on two double loaded corridors, with a large cafeteria/multipurpose space grounding the two wings. This project included converting all existing classrooms into adequate Pre-Kindergarten classrooms with additional restrooms and exits. The districts Parents as Teachers remain at this building location and received new finishes. The existing Multipurpose Play room also received new lighting, flooring, sound panels, and new Audio Visual improvements. A new playground with age appropriate equipment was added by the district.