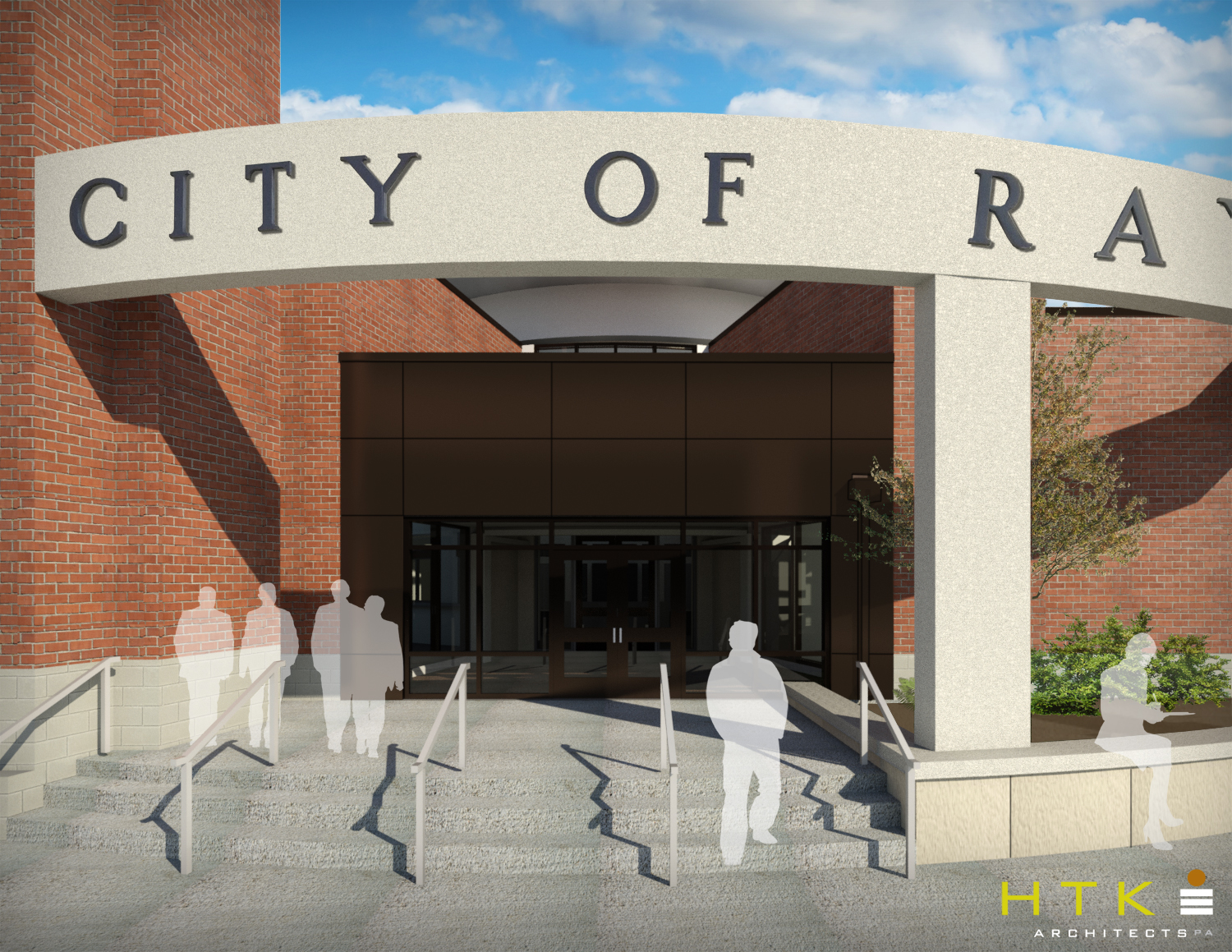 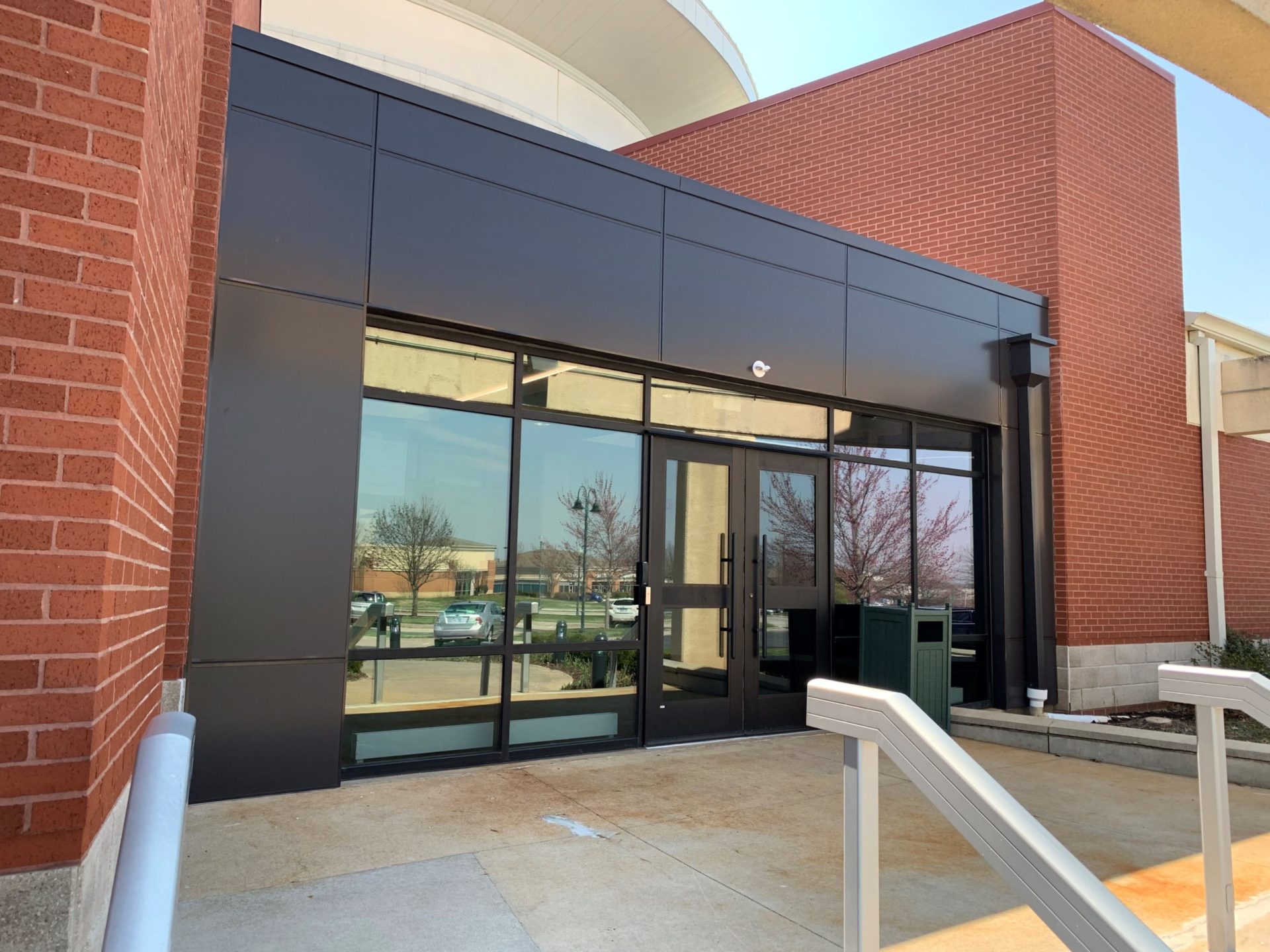 The existing vestibule at Raymore City Hall severed as the literal front door to the city for a number of years. Designed in a time before vestibules were considered necessary as transition spaces into buildings, the existing vestibule was short and cramped as residents were thrown immediately into the building and reception desk. The expansion of the existing vestibule was a welcomed project for City hall and it’s employee’s. A new glass entry and metal panel facade was inserted into the existing facade, filling in the volume between the exterior courtyard and the main circulation space of the building. Increasing the vestibules circulation area provides the residents a welcome and inviting space, where they can drop off bills, check the city’s schedule and council agenda, all while not having to go into the building. Once inside, a few upgrades are noticed at the transaction counters. The existing transaction counters were raised to a more usable height for residents to interact with staff and the existing glazing was upgraded with sliding security glazing frames that dissolve the barrier between staff and residents. The project provides minimal updates to the buildings operations and increases the efficiently and comfort of its employees and residents while successfully respecting the existing context of the original city hall.