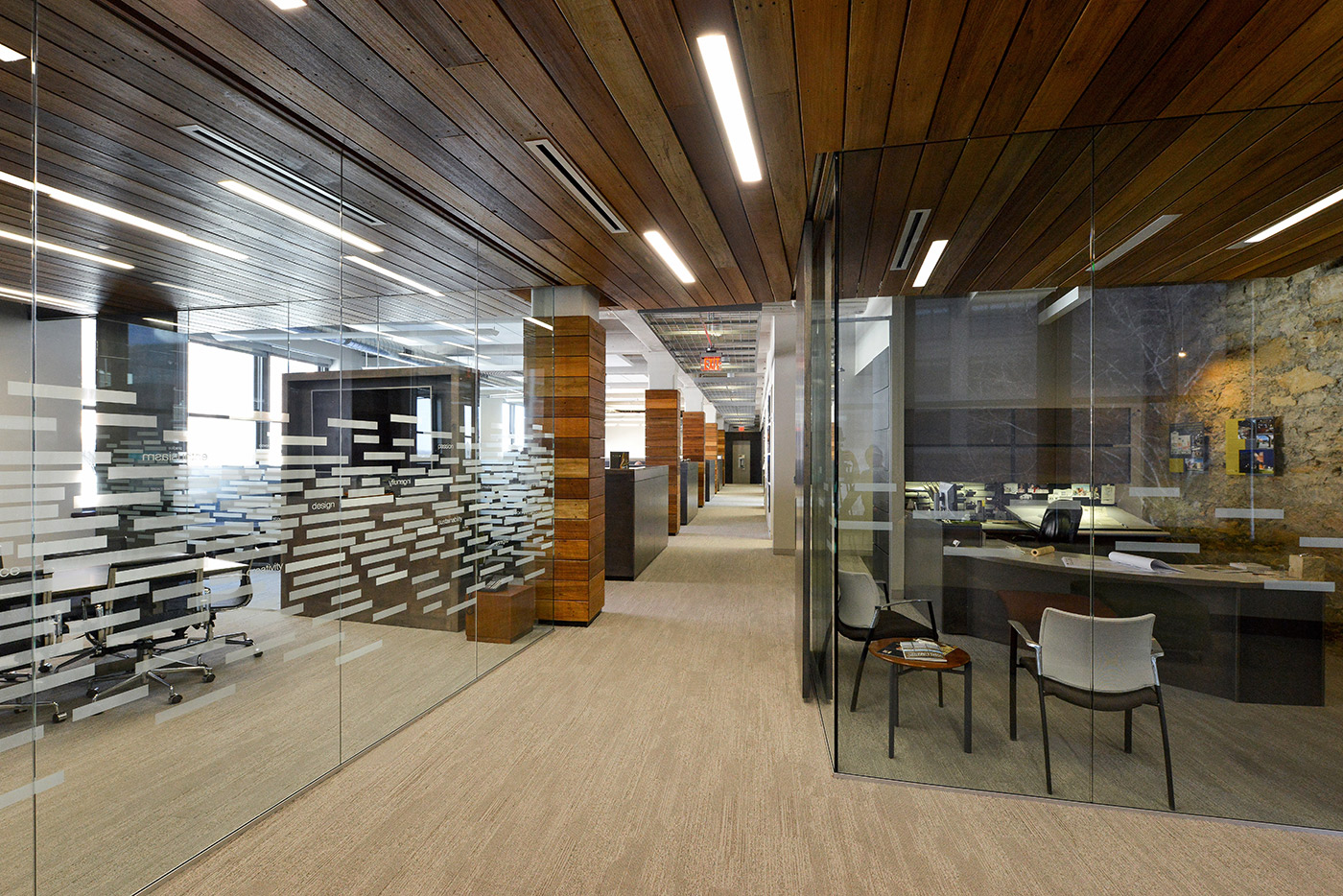 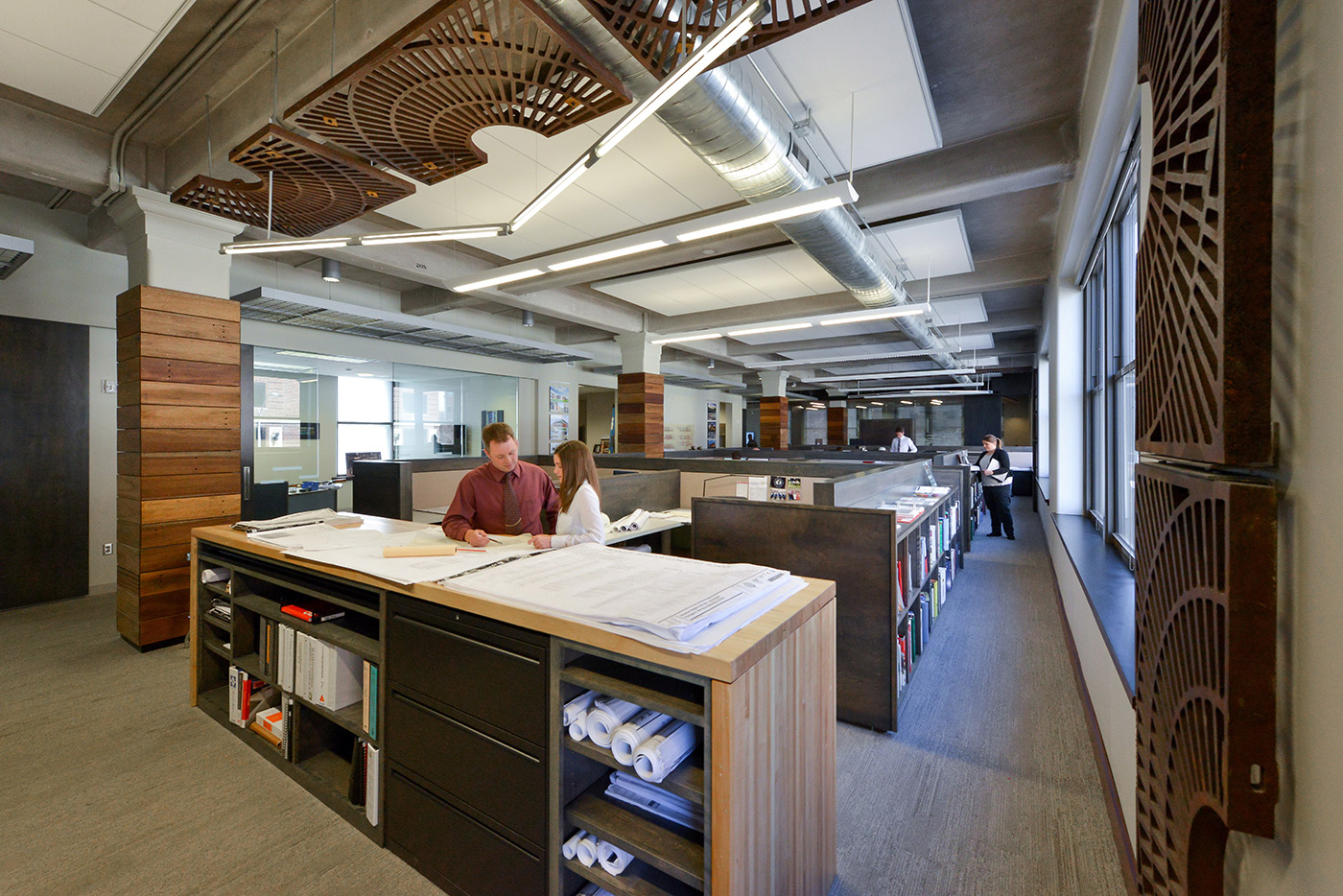 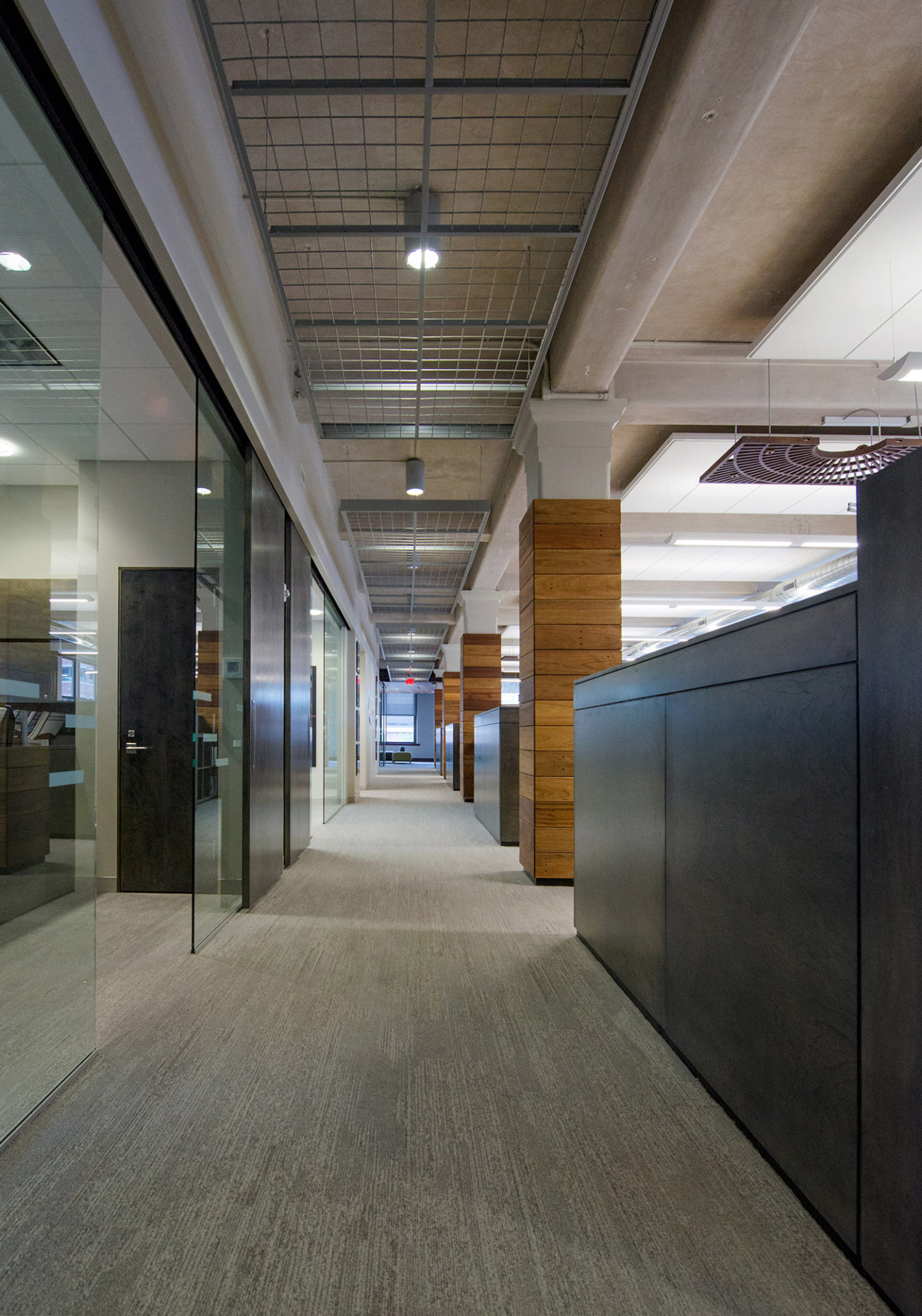 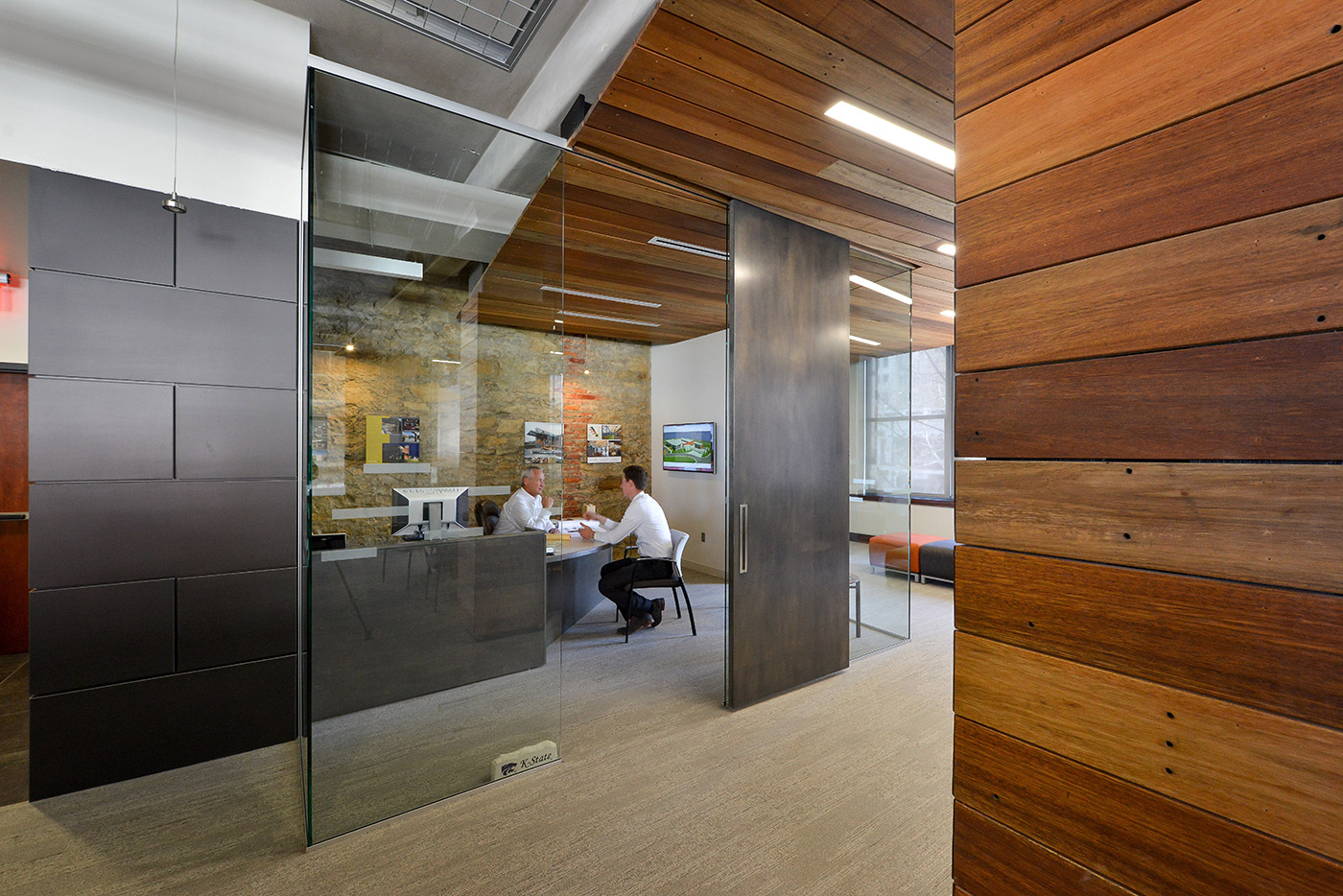 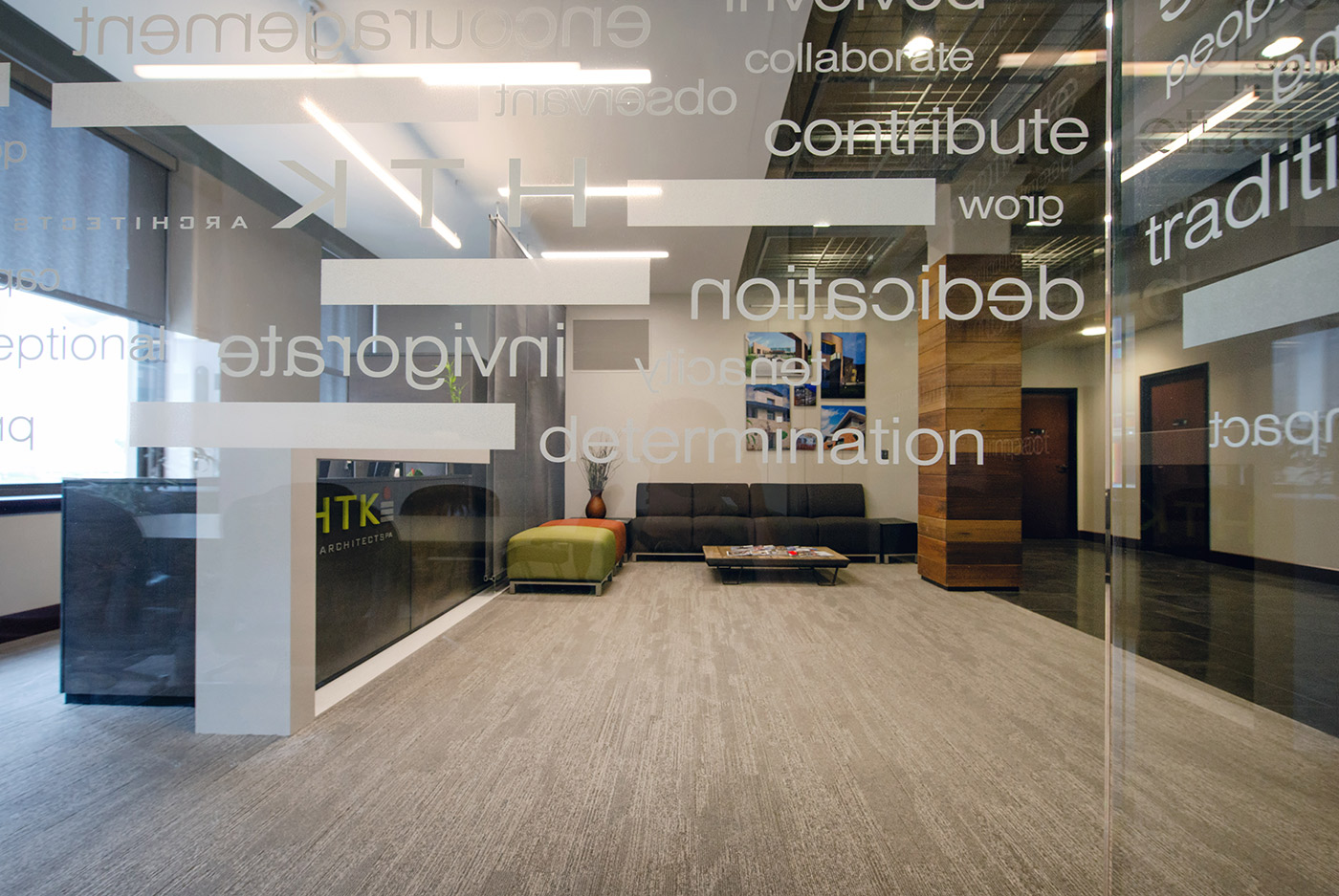 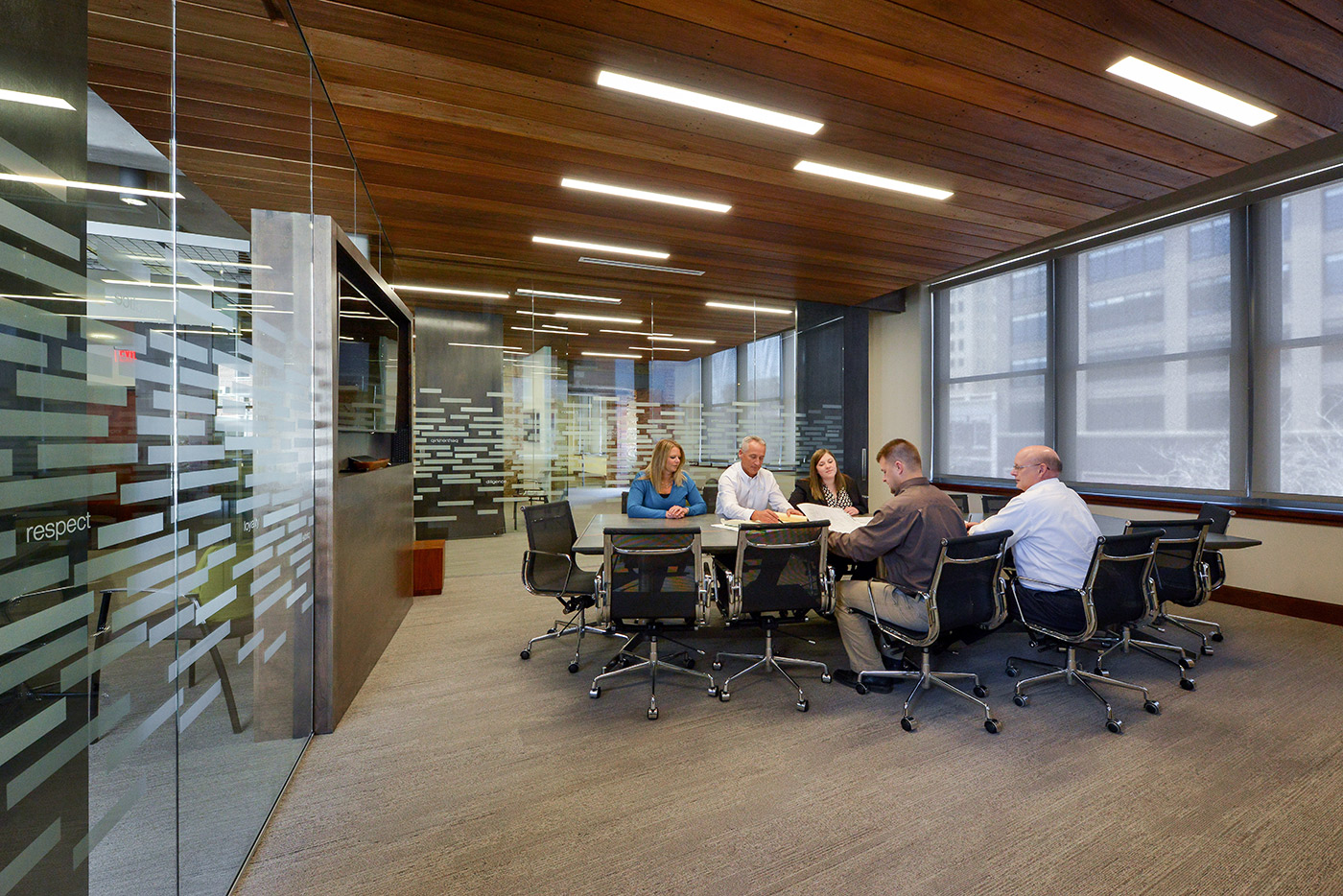 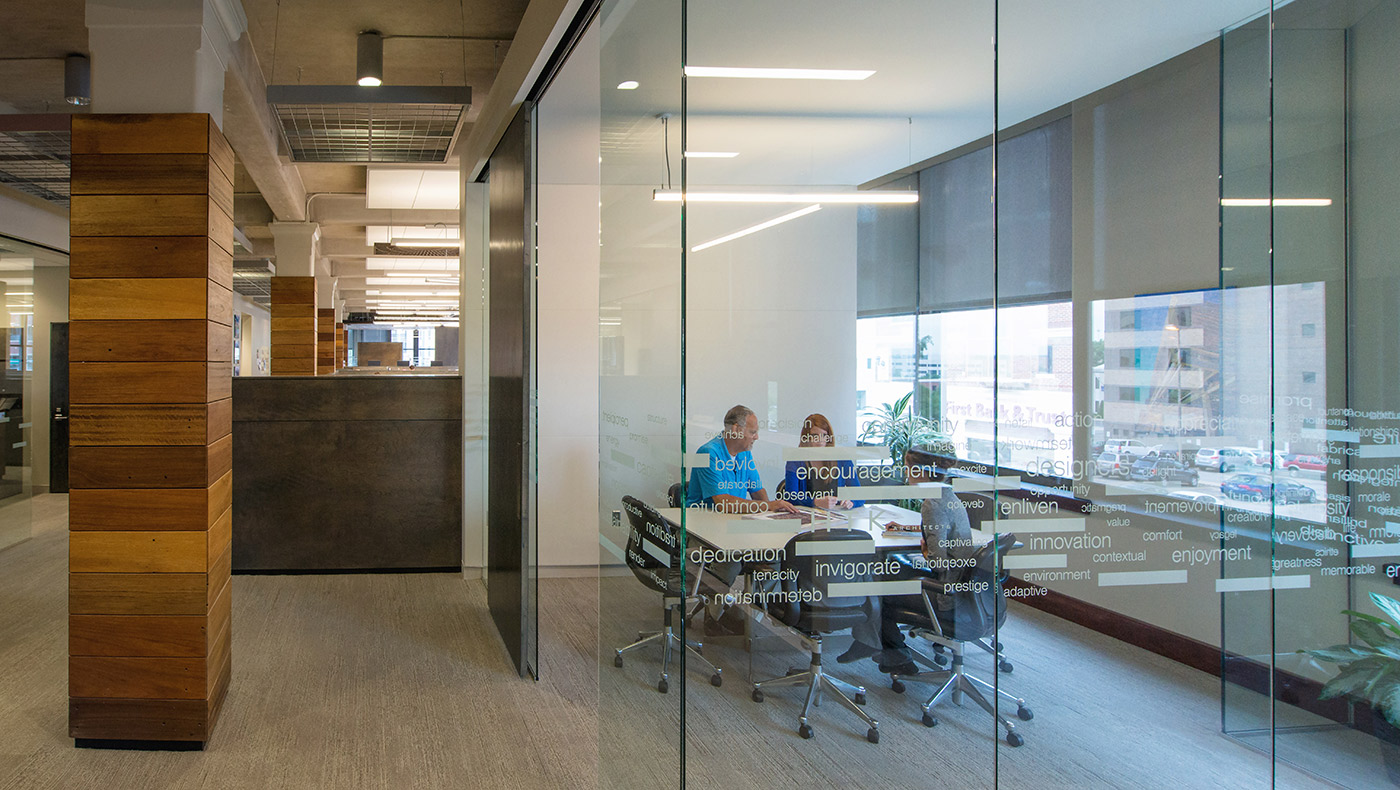 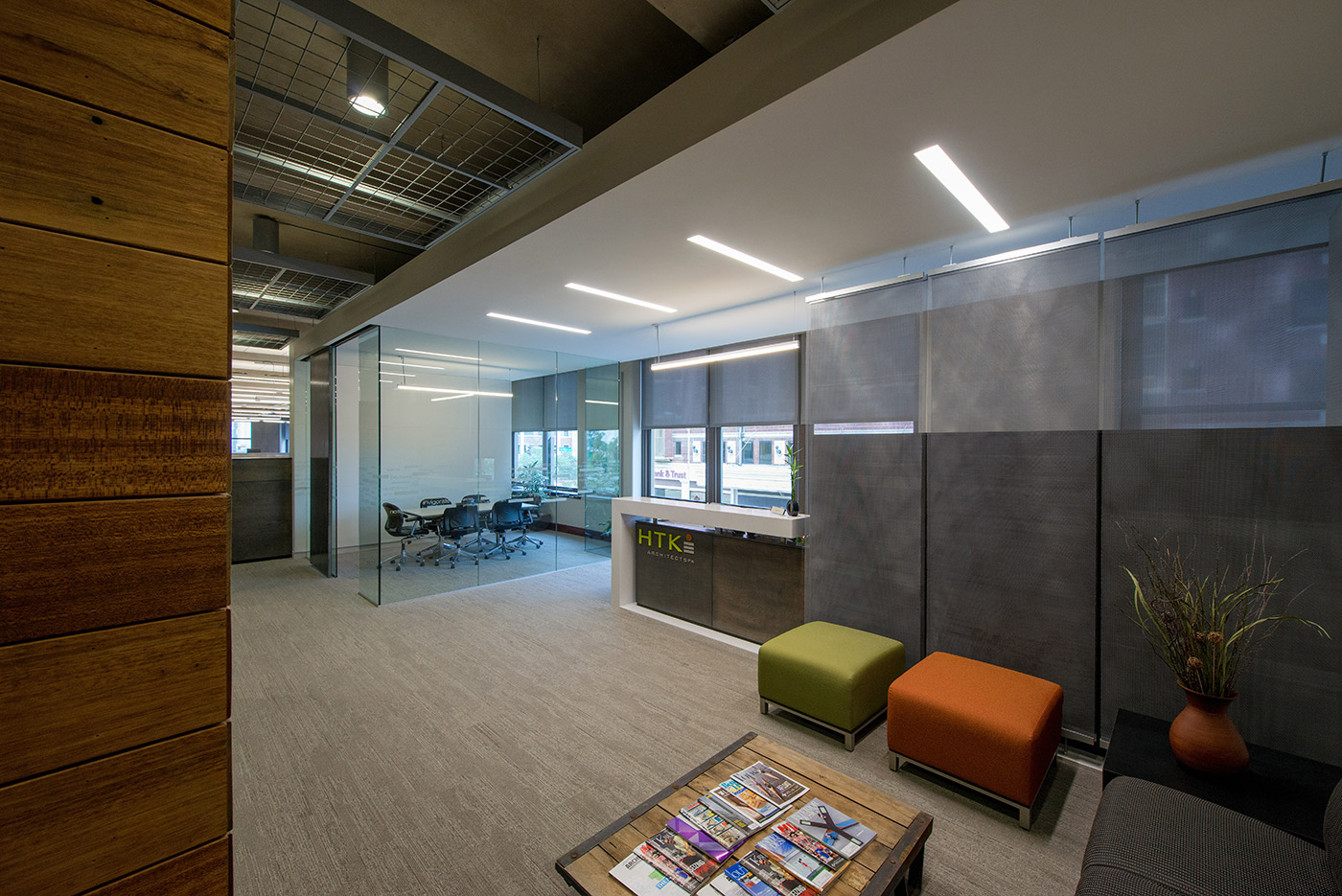 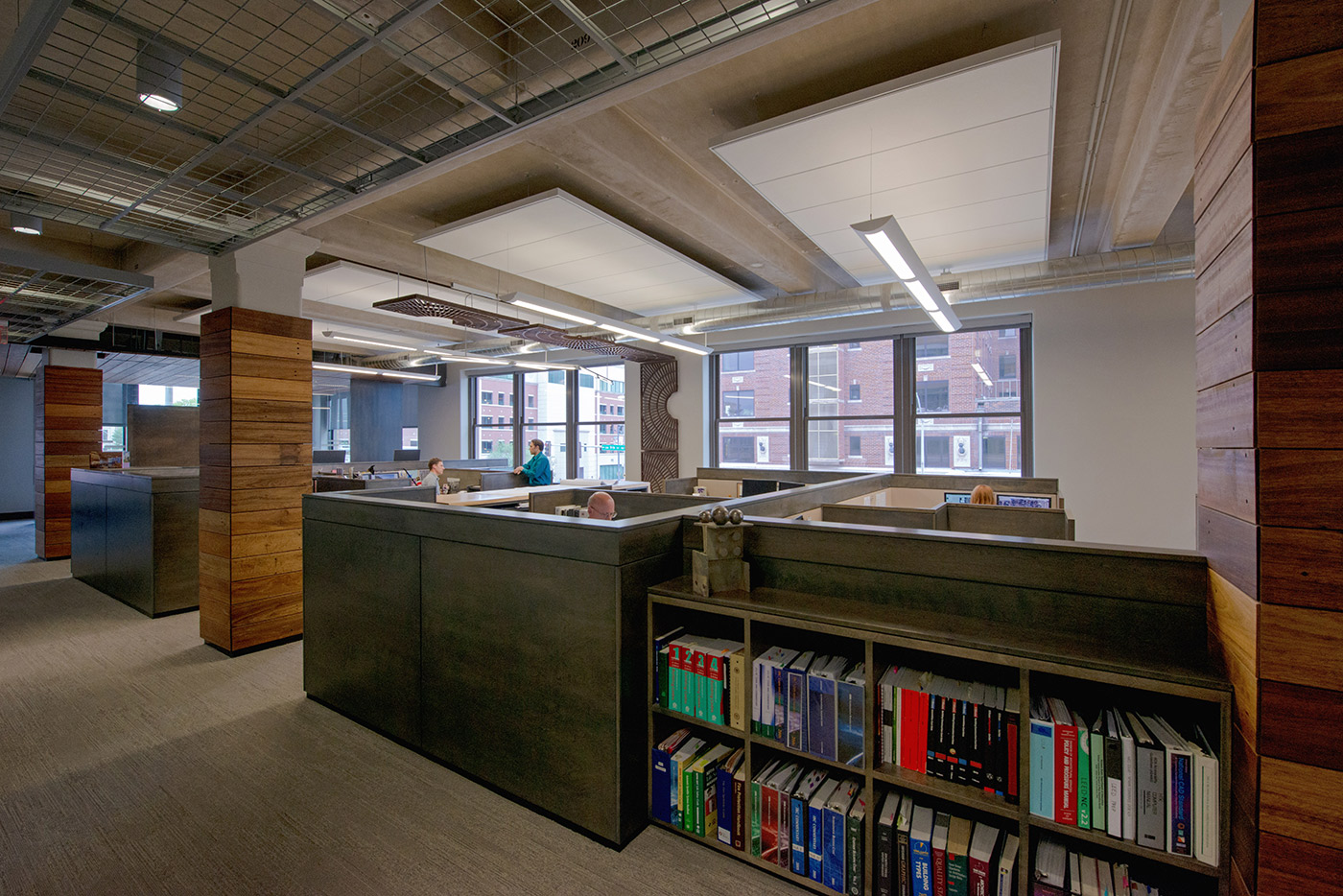 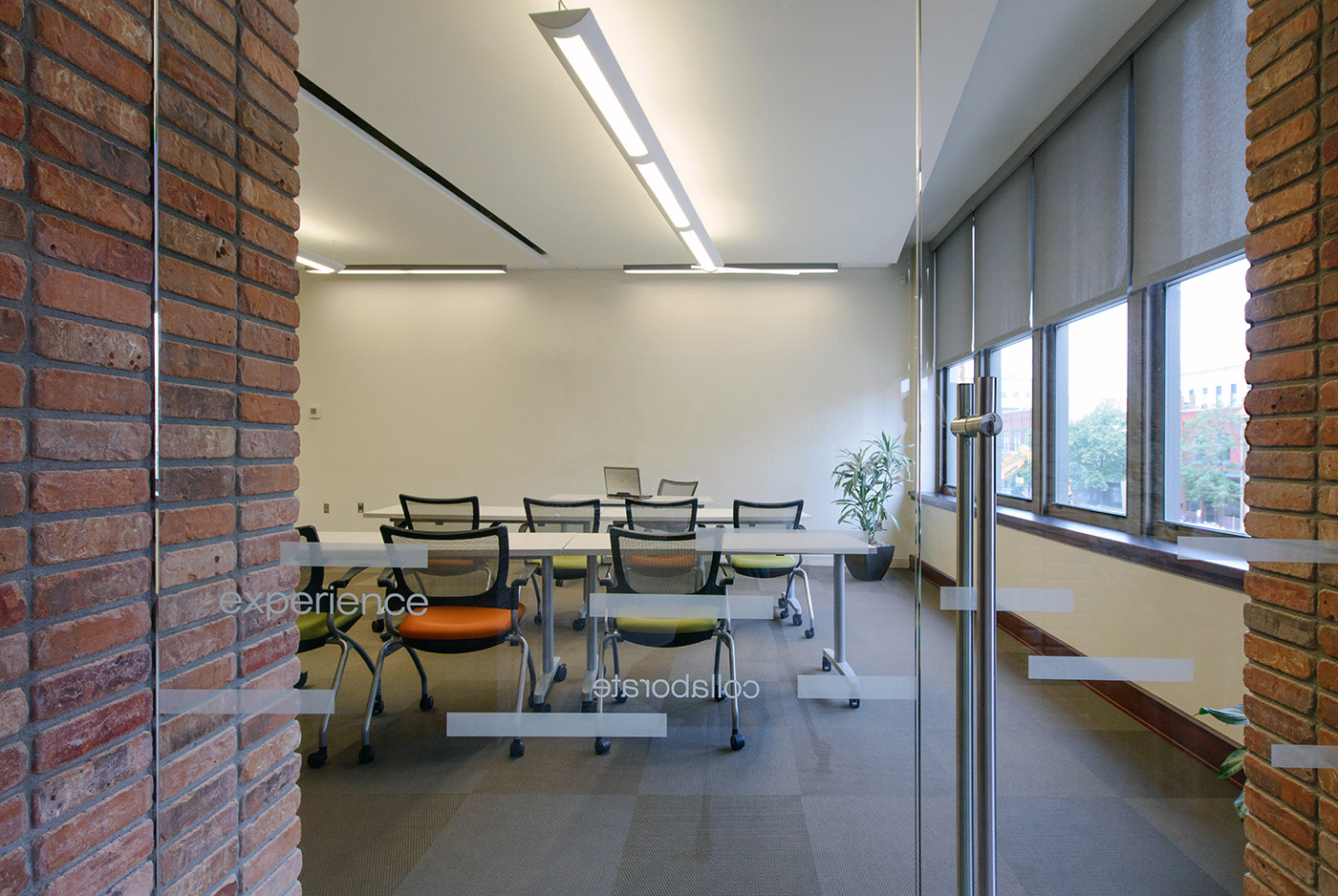 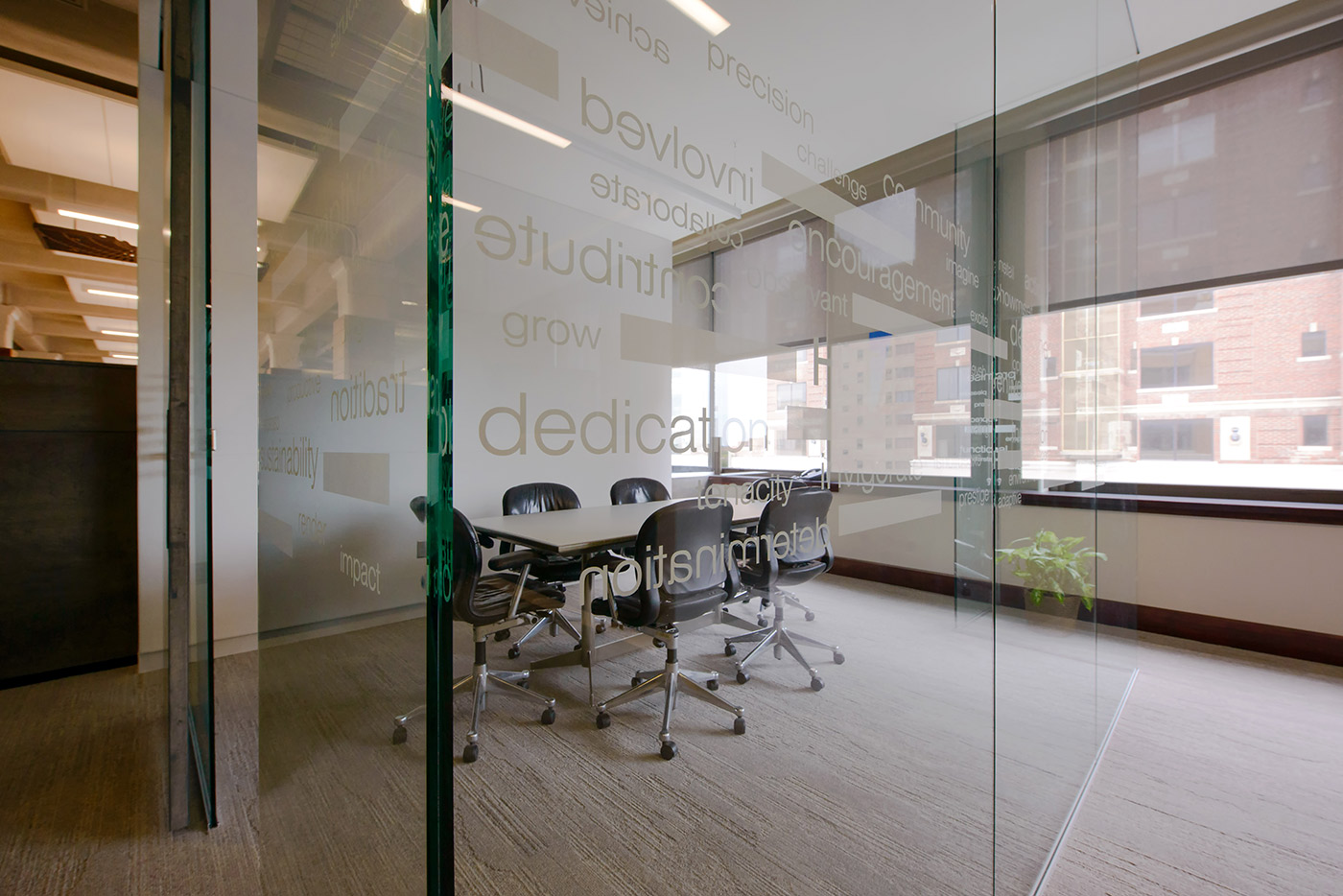 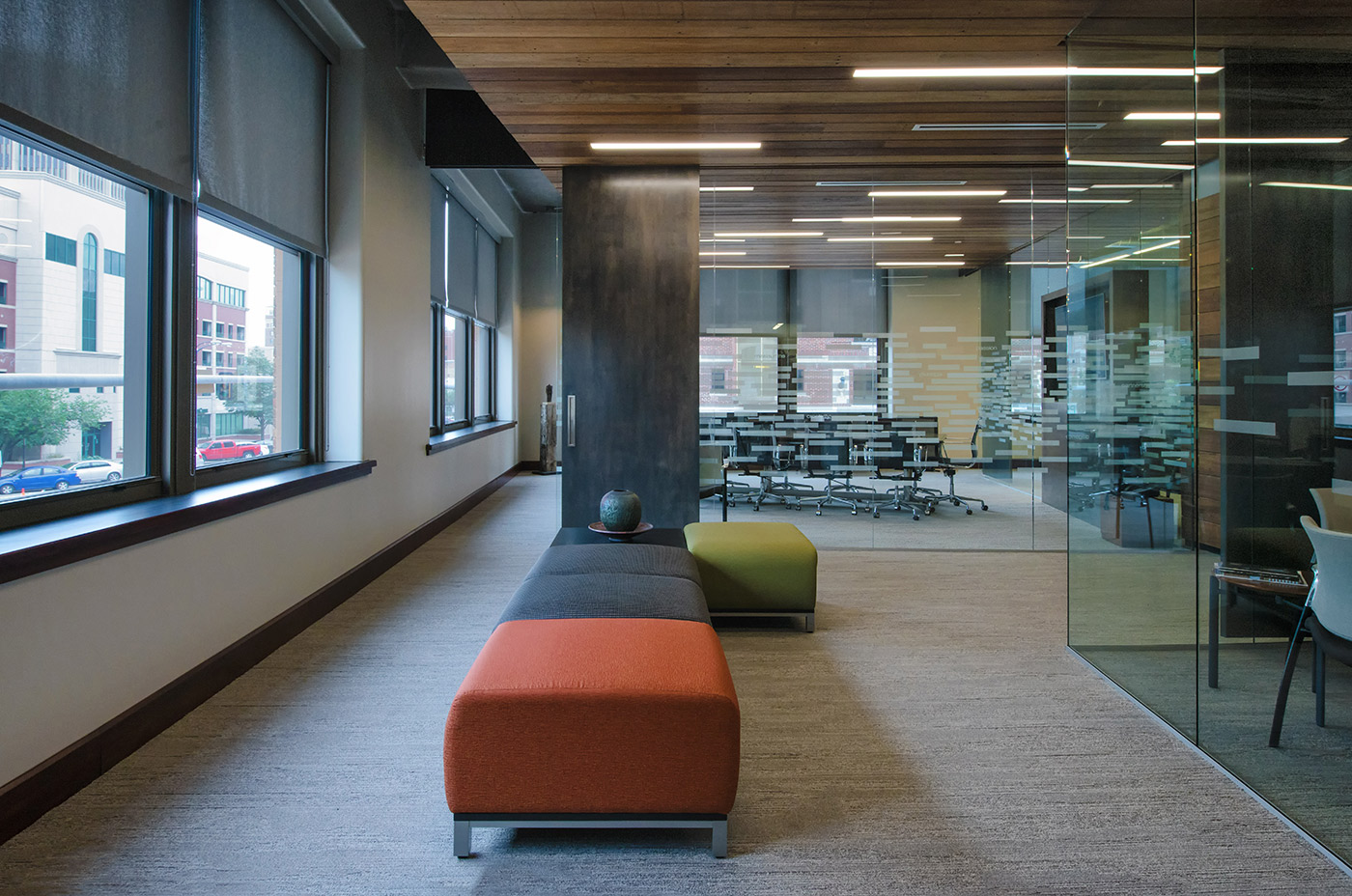 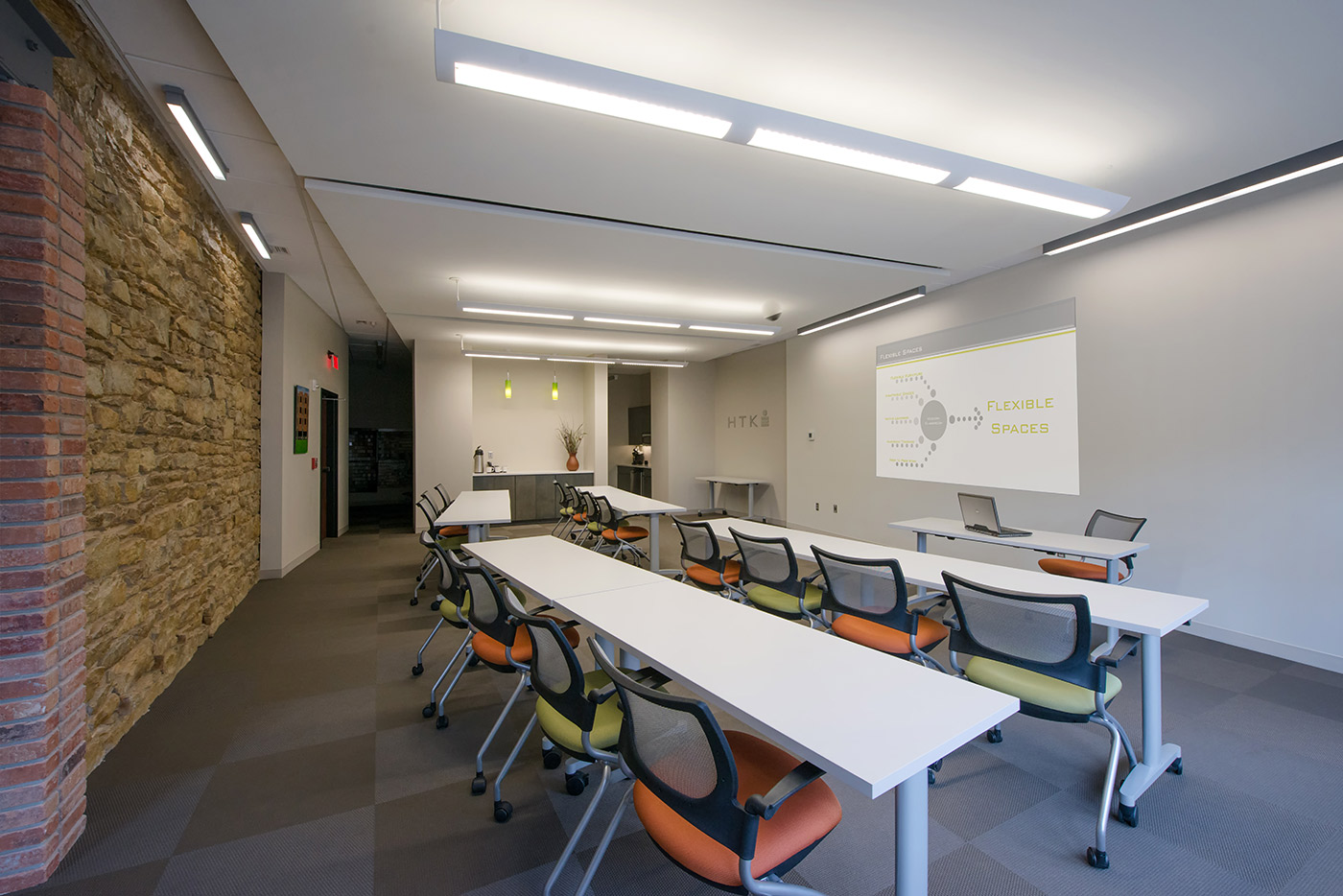 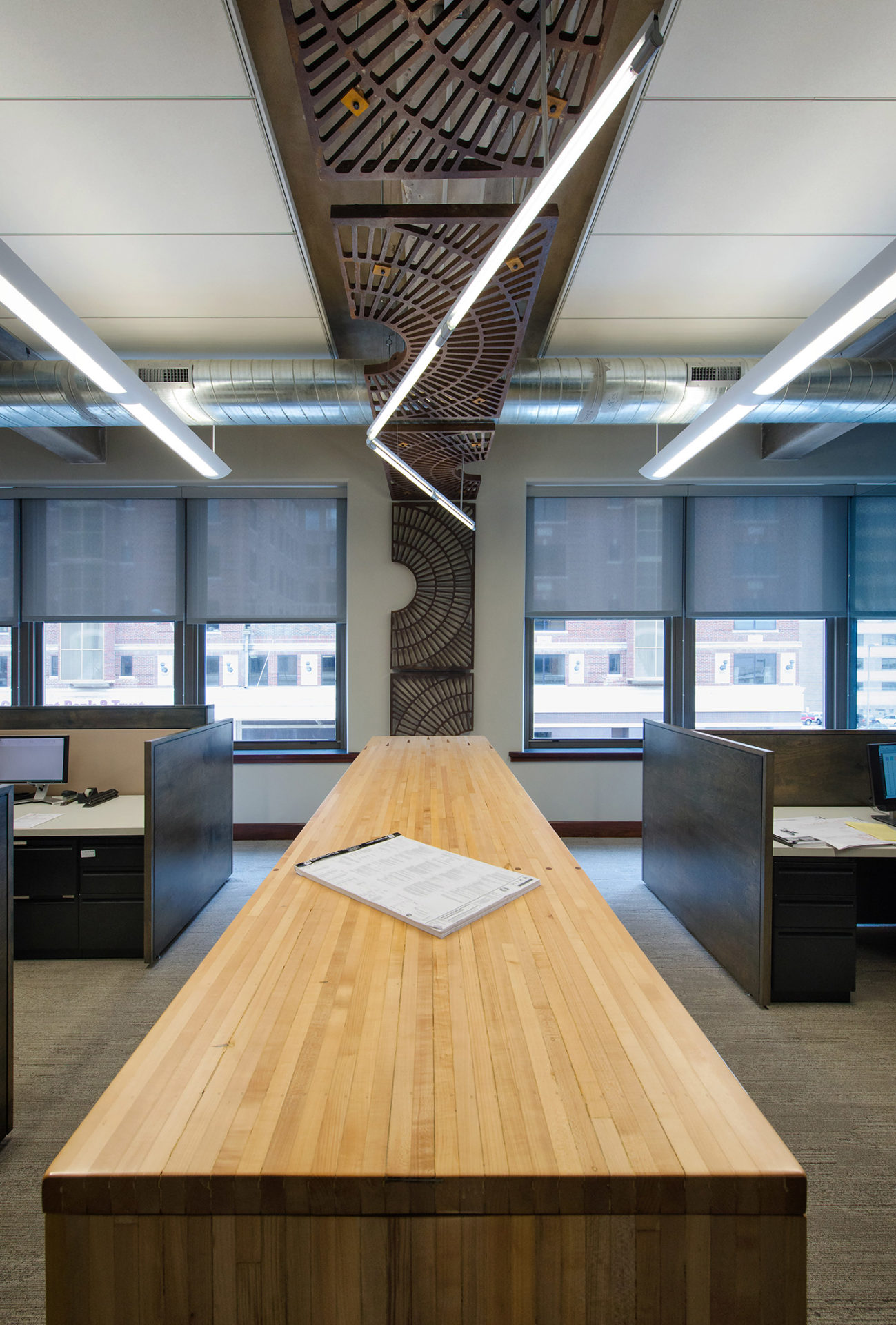 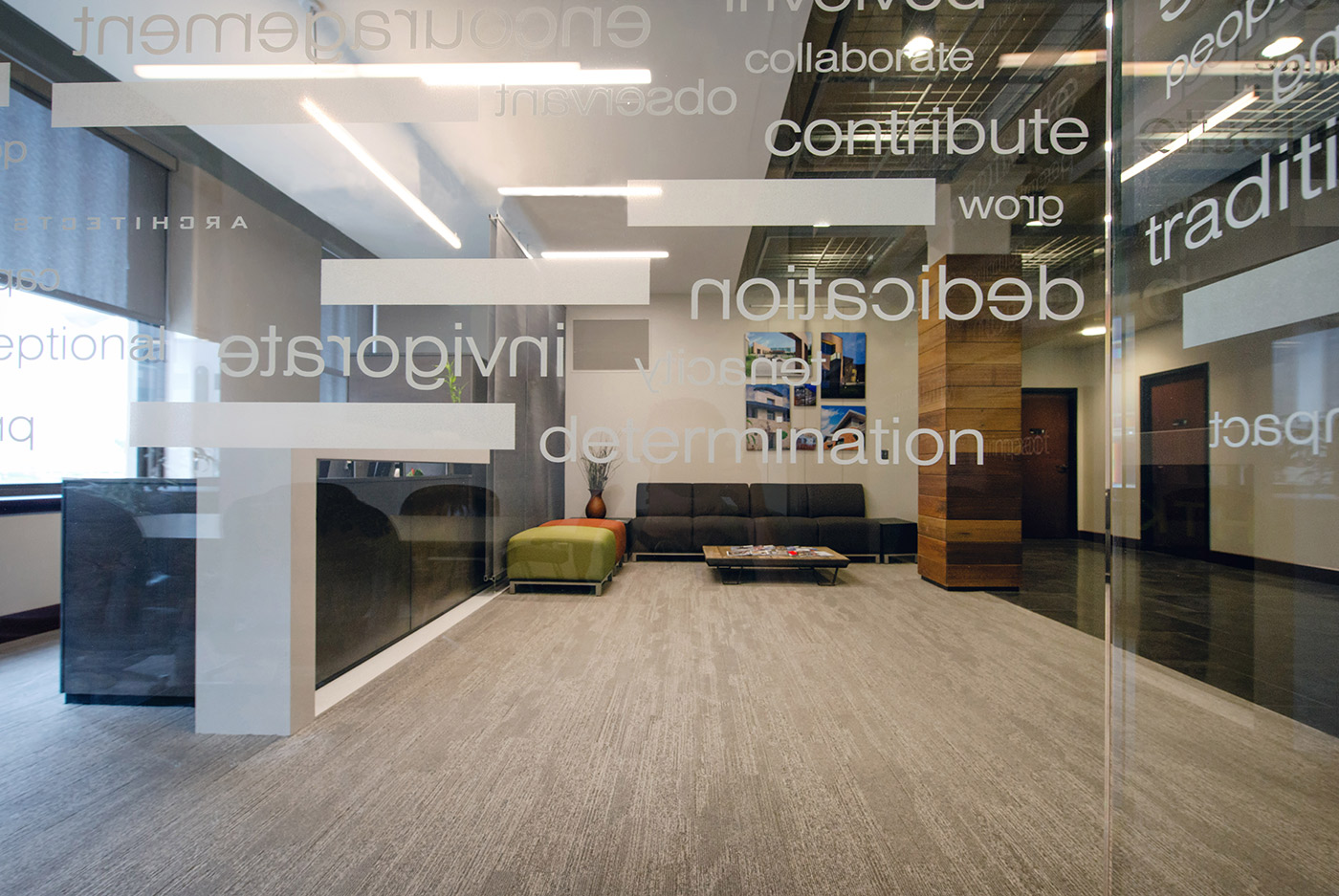 HTK Architects recently moved their Topeka Office into a new space in downtown Topeka, KS. Extensive Renovations were made to the second floor of a former furniture warehouse to allow for an open and collaborative studio, creating a new image for HTK. To respect the volume and character of the early 1900’s building, new and reclaimed materials were included to blend casually with the concrete structure.

Reclaimed mahogany bleacher boards are used extensively throughout the space as column wraps and ceiling clouds over a large conference room. Studio work stations are site built with gray stained plywood. The office features both a small and large conference room and a larger 30 person classroom with a kitchenette. Enclosed offices and a work room flank the inner core of the building while the studio space spreads out along the north windows. Low storage is built around the peripheral of the studio, allowing a sense of openness and natural light to flood the space. Two shared stand up work tops constructed from reclaimed maple bowling lanes encourage open discussion on projects amongst staff and clients in the studio space.