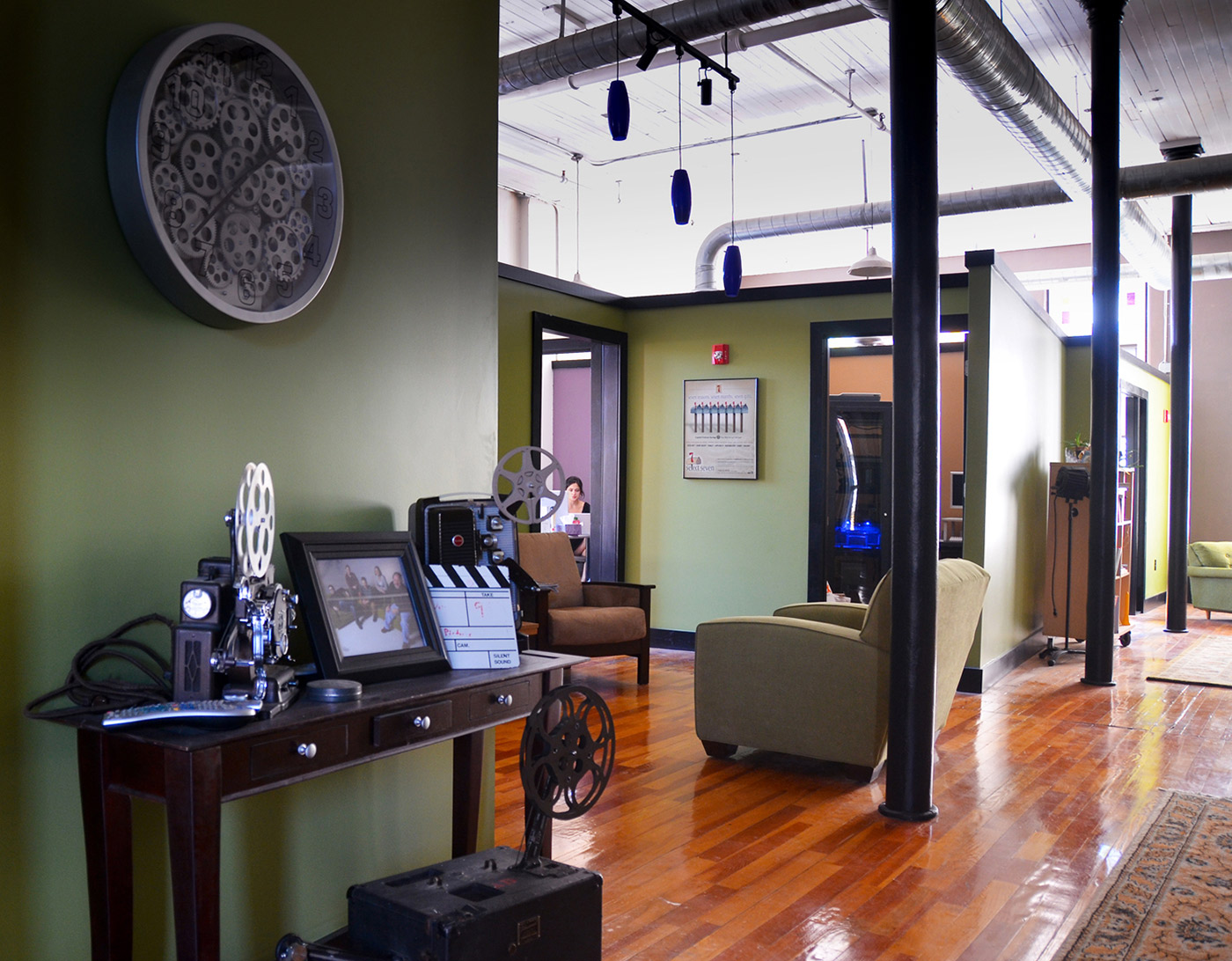 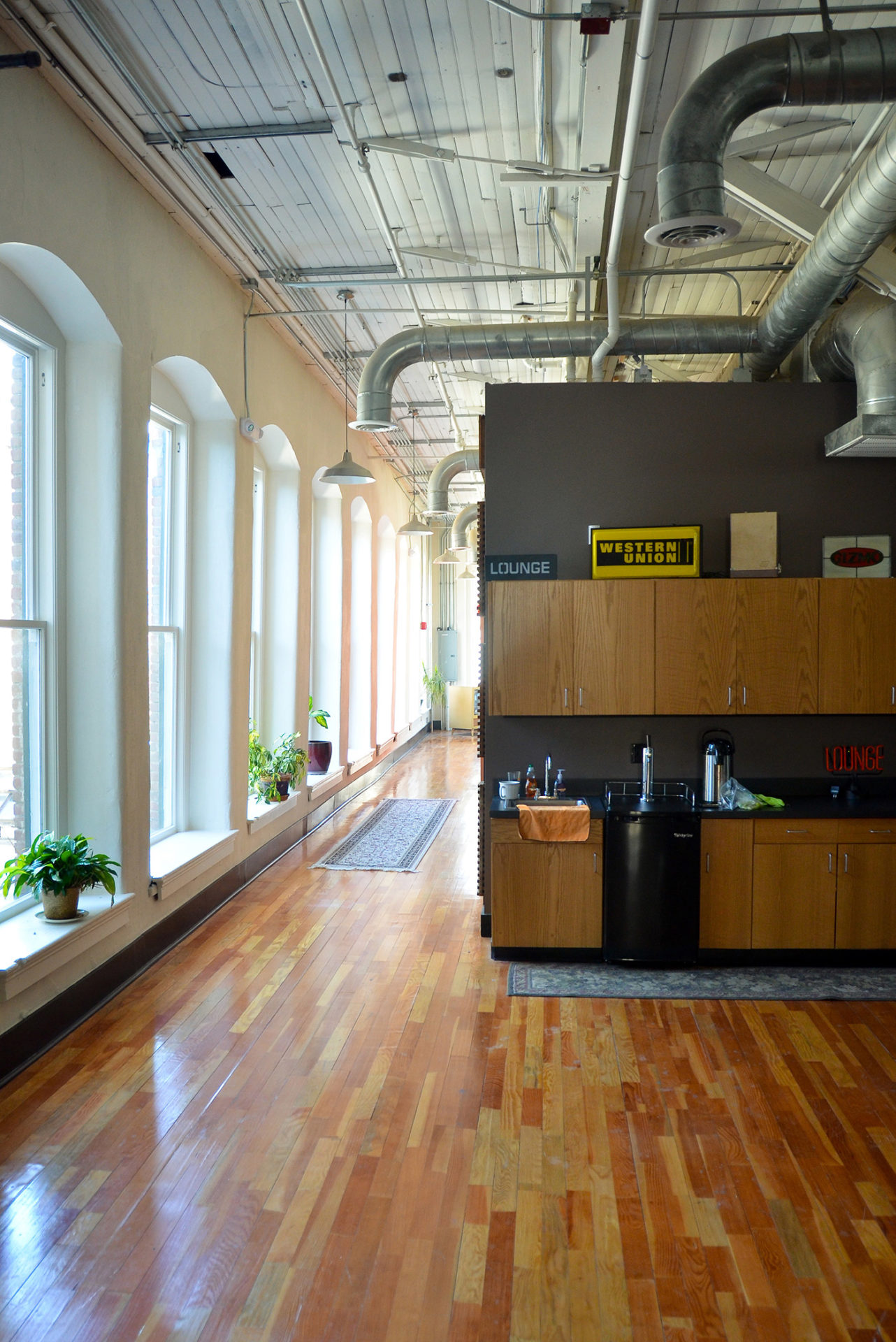 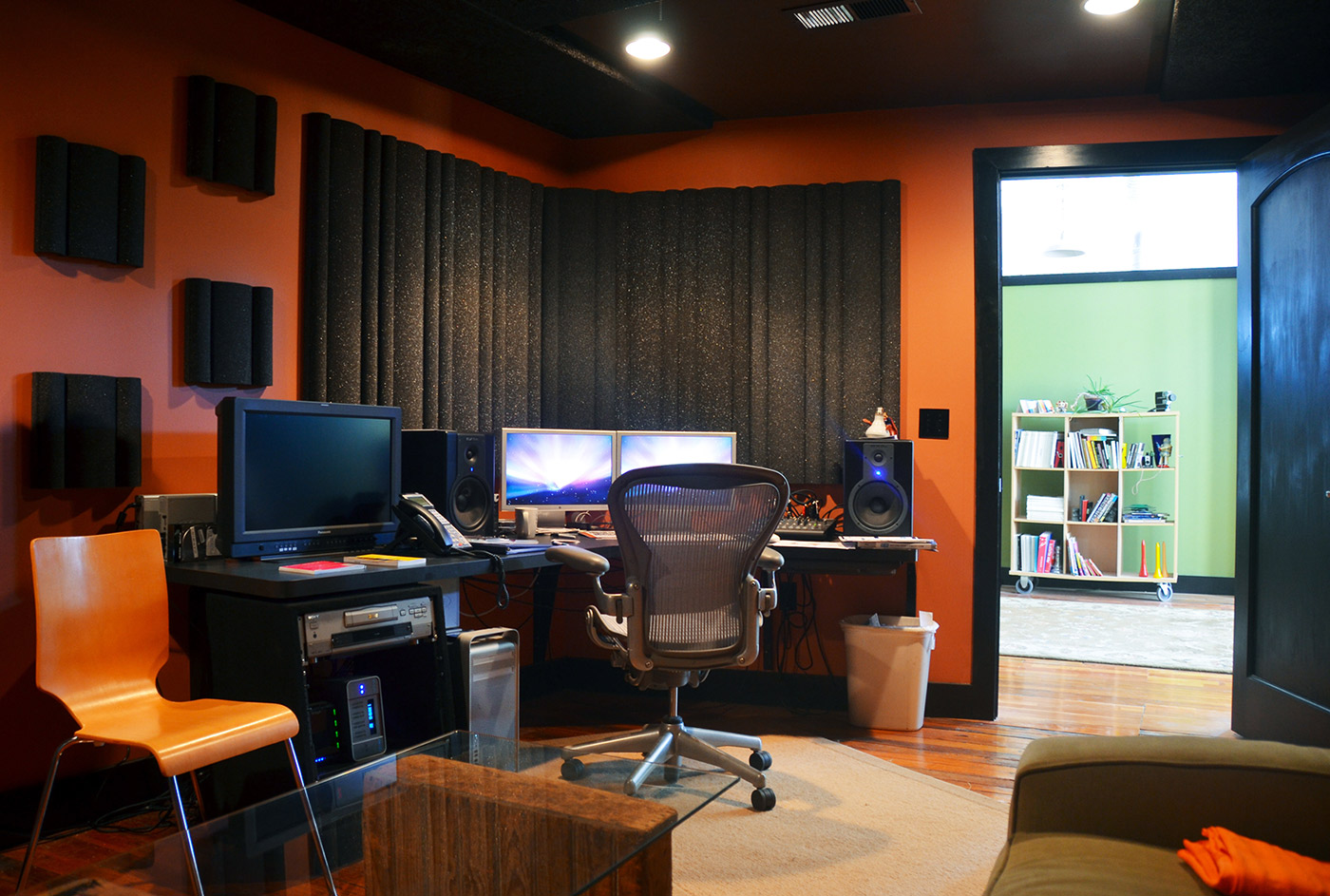 Having outgrown their previous space, Gizmo Pictures sought options to either build a new building or renovate an existing building. After an exhaustive search across town, they fell in love with a four story, stone building in the heart of downtown Topeka, which was built in 1888. The building originally housed the Crane Publishing Company & served many years as an industrial print shop operation. The space was in need of considerable repairs; It was left in poor condition with broken windows and leaks. By working closely with Gizmo owners, the City Development Services, and the Kansas State Historical Society & contractors, HTK renovated the former industrial building to house an accessible video production firm that included a cafe.